MacRae, Alexander Whittington. Through tears and gratitude for a life very well lived, the family of Alexander Whittington MacRae announces that he left this earth on August 2nd, 2022. Of Sydney Forks and Halifax He was born in Grande Anse, NS. The son of the late Daniel and Mary (Hamilton) MacRae. Raised on the family farm, he left to join the Canadian Army during World War II. He attended Veteran's training in North Sydney and became a Journeyman Carpenter in 1952. Over the next 42 years, he taught apprentice carpentry in North Sydney, Membertou, and the NSIT, finishing his career in Halifax. He always said he had wonderful students and once he started teaching, he never worked a day in his life. He enjoyed it so much, he would have done it for nothing if he could have. He was a lifetime member of the Royal Canadian Legion Branch 83, a member of the retired government employee’s association, as well as the last surviving founding member of the NSGEU. He is survived by his daughter Linda and son Donnie, son in-law Russ; grandchildren, Tonya, Elena (Eric), Colleen (Jimmy), Joseph (Ruth), Brian (Erika); great grandchildren, Ryan, Cory, Karissa, London, Roman, Kingston, Payton, Liam, Zoë, Ruby, Dean and Parker as well as several nieces and nephews. He was predeceased by his wife, Eileen (Harnish); his daughter, Joyce; his wife's parents, Kitchener and Ida Harnish; his sister Jesse Barb and brothers Gordon & Graham. In his retirement, aside from holding court with anyone who would listen to his famous stories, he took a lot of pleasure visiting Cape Breton and spending time with his wife's relatives and his niece Marilyn. A special thank you to all his caregivers, especially Christine, Marsha, Brenda & Jeneen. Cremation is taking place under the care of Atlantic Funeral Home, 6552 Bayers Rd., Halifax with services to follow at a later date in Halifax and Sydney River with burial in St. Peter's beside his beloved wife. In lieu of flowers, donations can be made to CCB Blind Sports Nova Scotia or the Nova Scotia Nature Trust Online condolences may be made by visiting the Halifax chapel at www.atlanticfuneralhomes.com 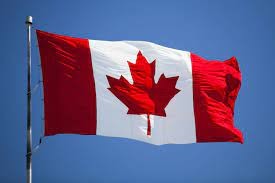 Linda, So sorry to hear of Dad's passing. My sincere condolences to you and your family.

So sorry for your loss Linda.