In Loving Memory of Phyllis

It is with great sadness that we announce the passing of Phyllis Jane Blumel, age 88 of Amherst on Saturday, March 7th, 2020 at the Cumberland Regional Health Care Centre with her loving friends by her side.

Born in Detroit, Michigan, USA, she was a daughter of the late Harry and Odessa “Bess” (Dinkins) Bess.

Phyllis attended high school in Detroit, Michigan, Wayne State University, earning a B.A. with a major in English Literature and a teacher’s certificate. She taught in Detroit for three years, grades 3 to 6, before going to Goose Bay, Labrador to teach in the American School. Phyllis met and married Horst Blumel in Labrador, and then moved with him to Amherst, Nova Scotia. She taught in River Hebert for five years, grades 7, 8, and 9 English and then three years in Amherst as a Librarian. Phyllis then went to Dalhousie to earn a Master of Library Services. It was after this that she went to Cornwallis, in 1972, as a Librarian. During those first years in Canning she became a Canadian Citizen and was the Librarian at Acadia University. She then spent the next year studying French and German in Basel, Switzerland. She later continued to study German at Mount Allison University.

You could always find Phyllis at the Amherst Farmers Market where she sold jam, jelly, garden plants and crochet items. If not at the Farmers Market, she could be found at home in her many flower gardens.

She was very dedicated and a hard worker to whatever she decided to do. She was always outspoken and was never afraid to air her opinions.

Phyllis was the last surviving member of her immediate family.

Besides her parents, Phyllis was predeceased by her husband, Horst Walter; sisters, Eloise, Alice, June, Ruth and brother, Robert.

Cremation has taken place under the care and direction of Campbell’s Funeral Home, 98 Church Street, Amherst, NS, and there will be no visitation or funeral service as per Phyllis’s wishes.

Memorial contributions in Phyllis’s memory can be made to the LA Animal Shelter or a charity of your choice.

Condolences and sharing of memories may be shared with the family via: www.campbellsamherst.ca or by visiting Campbell’s Facebook page. 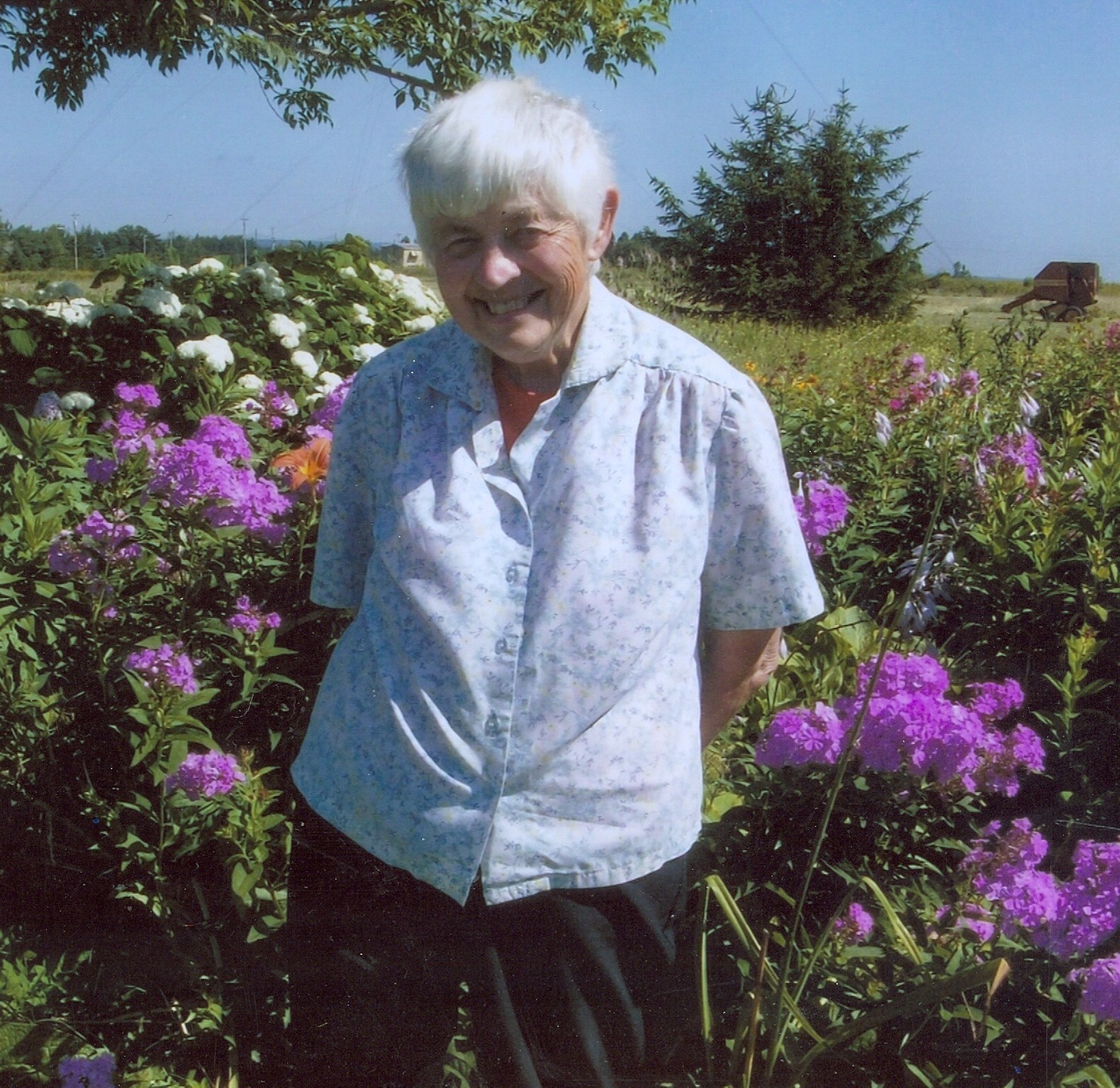 Phyllis and Horst were regular visitors to our family home. Horst enjoyed an intense game of chess with my father, while Phyllis shared time with my mother, discussing their flower gardens, cooking creations, and their beloved books. Phyllis gave me my first piano lesson as a young girl. She was a patient, kind, warm character, and an accomplished pianist.

We knew Phyllis as mutual garden volunteers at the museum. To be in her presence was a constant learning experience, even if one didn’t realize it at the time. Our condolences on her passing. Jerry and Vicki