Dr. Joseph Jeno Kerekes of Halifax, passed away at the Halifax Infirmary on September 17, 2022 at the age of 90. Born April 10, 1932 in Gyor, Hungary to Jozsef Kerekes and Erzsebet Horvat, he is survived by his sons Joseph (Micheline) and Peter (Colleen) and grandchildren, Kristian, Julian and Derek.
The aftermath of the 1956 Hungarian Revolution included a suppression of the local population which provided an incentive for him to leave with his fiancé, Piroska Keseg. Arriving in Welland, Ontario, and soon after, moving to Vancouver, Jozsef began his studies in the University of British Columbia’s Sopron Division of the Faculty of Forestry while Piri continued her nursing career. After receiving a BSC degree in Biology in 1962, he spent time studying in the University of Alberta, and then completed his PhD at Dalhousie University in Halifax.
He became a limnologist with the Canadian Wildlife Service, where he conducted research across the Atlantic provinces. These studies were used in a 17-nation cooperative effort to eliminate phosphorus from detergents. He was among the first to study acid precipitation in Canada. His work in Kejimkujik National Park on acid rain became the basis of the existing Canada-USA treaty on the reduction of sulfur dioxide emissions. He received an award from the Prime Minister of Canada for this effort. He is the founder and first chairman of the Aquatic Birds Working Group of the International Limnologist Society. He was also the president of the North American Loon Fund. He assisted in creating the twice-yearly volunteer loon count in Kejimkujik. His work sent him around the world and he was well-respected in his field, being an author and co-author of 77 publications. He also organized six symposiums.
When not working, he spent his summers actively enjoying life with his wife, sons and later, his grandchildren. He was an avid participant in the annual volunteer loon watches and always brought his family. During his retirement years, he spent time with family and members of the Hungarian Club, especially after Piri’s passing in 2014 at the age of 84. He also took on the role of hosting many family dinners, where his culinary skills excelled.

There will be a memorial service for Joe on Saturday, November 26th, 2022, 11am at St. Theresa's Church, North Street

There will be a memorial service for Joe on Saturday, November 26th, 2022, 11am at St. Theresa's church, North Street, Halifax. A reception will follow in the church hall. Thank-you to all who left memories in the guest book. So wonderful for the family to read such great stories. Peter and Colleen Kerekes 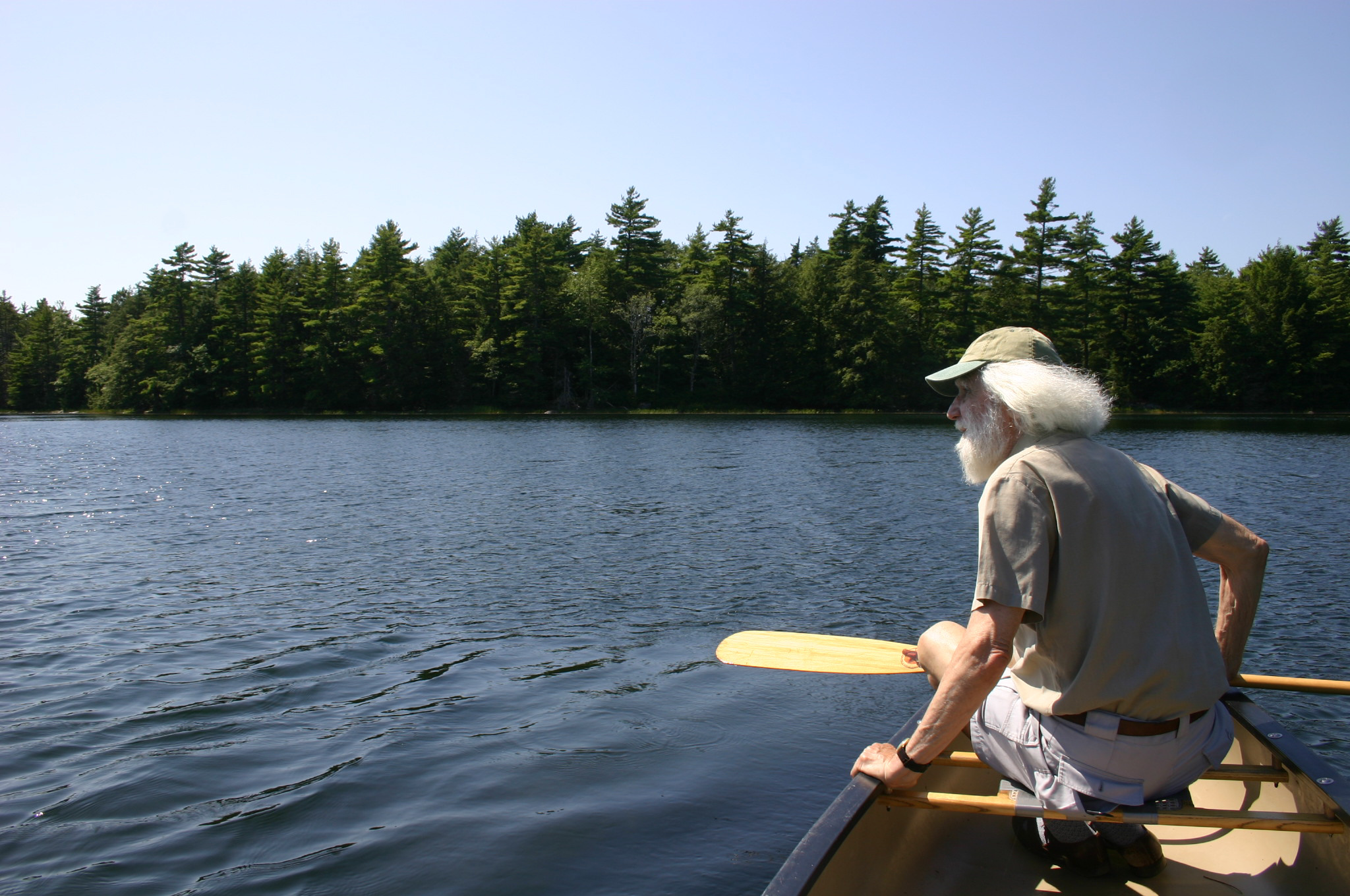 Today, at a meeting that we are calling the Kespukwitk Conservation Showcase, we will take some time to pay tribute to Joe's impact on this part of the world that the Mi'kmaq called the "end of the land", the District of Kespuwitk, in southwestern Nova Scotia. Over a hundred of the region's most dedicated conservationists and ecologists will gather today without Joe, who has joined many of these annual meetings in the past, and so it seems fitting to honour him and play a slideshow of photographs of him in situ in Kejimkujik. I met Joe in the late 90s through Keji's LoonWatch program and when I worked with the Mersey Tobeatic Research Institute, Joe would always take time on the phone, or stop on his way to Keji to chat about loons, about how to inspire others to care for nature, and about the most important things in life - being healthy and happy. He would describe the work we were doing at MTRI as "a dream" and "marvellous", and would always sit in the front row with his long legs crossed, and his brow furrowed in focus as he listened. When he offered insight or advice, (such as the time when he reflected to us how different it was now to drive from the city to the park and not see firewood piles at every house, and not to have to stop to clean bugs off the windshield) everyone listening knew the weight, truth, and power of his words. It was a privilege and an honour to spend time with him in a canoe or at a scientific meeting, he was truly one of Nature's Gentlemen, a huge but humble thinker, a kind and caring friend. Ever-supportive and ever-inspiring, he will very much be missed.