Reg died peacefully at the Perley Rideau Veterans Health Centre just after his 95th birthday. He was predeceased by his wife of 70 years, Eileen and his son Philip (Colleen). He will be sorely missed by his children Jeffrey (Flor), Lesley and John (Pamela). He is also mourned by his grandchildren Michael, Megan, Evan, Jonathan, Tristan, Drew, Paul, Hans, Leah and Roma as well nine great- grandchildren.

Reg, a WWII veteran, served with Bomber Command’s 101 squadron. He retired from the RCAF after 30 years and then worked for the Federal Ministry of Transport as an air-traffic controller. After retirement, Reg volunteered extensively with the CNIB in Hamilton ON and with the blind curlers. He was very proud to have received an Ontario Volunteer Service Award for his contribution. He loved singing and performed with the ‘Thursday Afternoon Singers’ in Dundas ON. Reg and Eileen also spent many hours nurturing a beautiful garden.

A Service of Remembrance will be held at DODSWORTH & BROWN FUNERAL HOME – “Ancaster Chapel”, 378 Wilson Street East, on Friday December 8th at 11:00 a.m. If desired, in lieu of flowers, donations may be made in his memory to a charity of your choice.

Sorry about the typo - I meant to say "Lucky" not "Luck". I wonder if Reg Patterson ever used that nickname for his best friend? 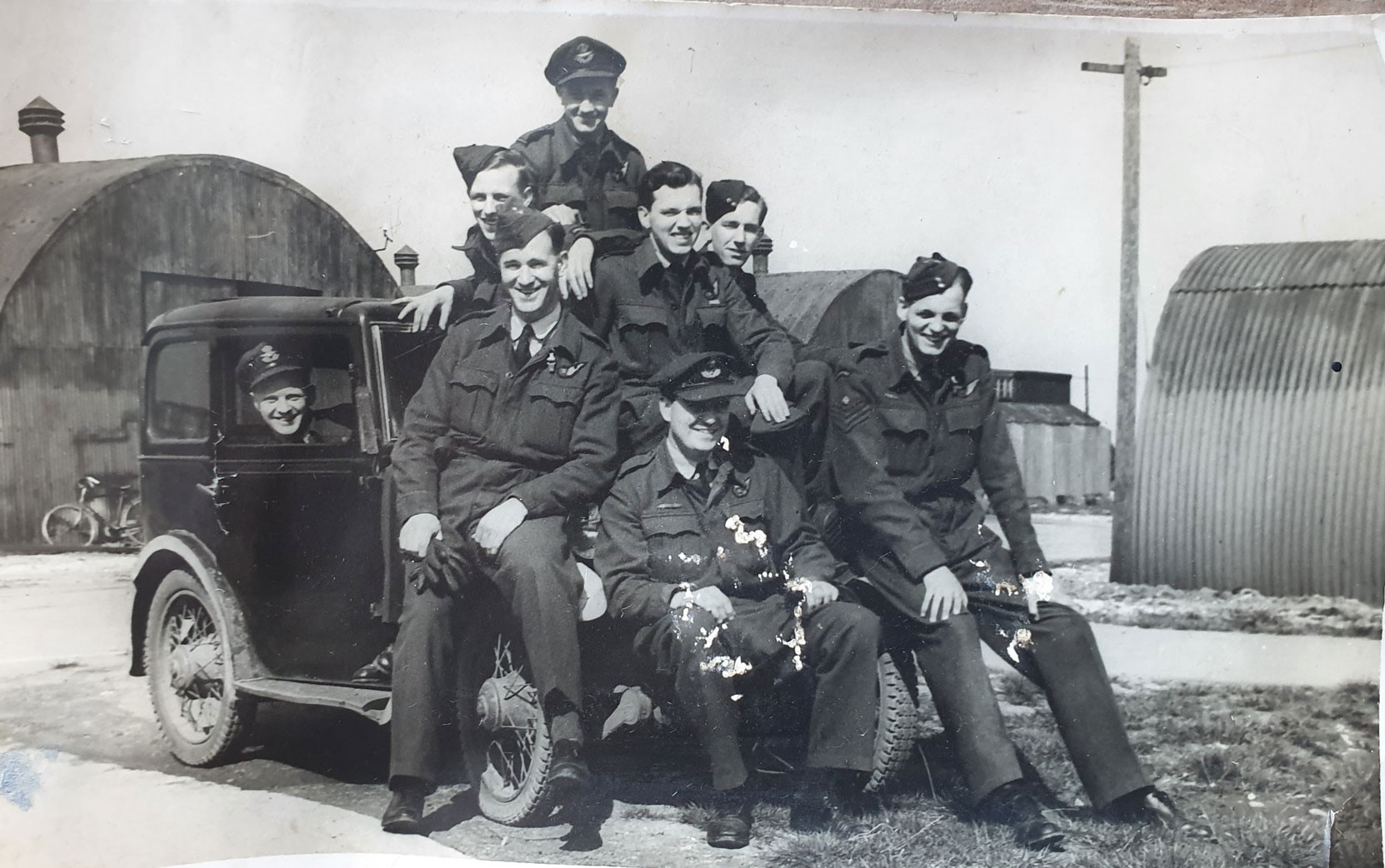 I live near where 101 Sqn was based in WW2 and have the utmost respect and admiration for those who served in Bomber Command and 101 Sqn particularly. This is largely due to the stories my grandparents used to tell me of their contact with one particular crew. I have just read an extraordinary and heart rending story of Reg Paterson here https://www.aircrewremembered.com/paterson-reginald-philip-dfc.html and noticed that he said "My best friend at Ludford Magna was George Withenshaw..." and also recalls John Drewery. That's the crew my family 'adopted' and I heard many stories of "Luck, Johnny and Mortimer" (Mortimer was the Special Operator). Here is a photo of that crew. I did read here that Andy DeGaust relished many stories from Reg Paterson. I would love to hear of any involving George Withenshaw and his crew and especially to be put in touch with any family descendants. I can be contacted through my company PlanesTV. With respect and best wishes Adrian Campbell