On the evening of June 24, 2020 our father and grandfather John Neufeld, at the age of ninety-two, departed from this earth peacefully and went to be with his Lord and Saviour. It had been Dad’s fervent wish to be reunited with his beloved wife Katie who passed away in 2004. God in his infinite mercy and grace granted Dad this wish. Dad was born on December 09, 1927 in a village called Schoensee (now known as Snegurevka) in southern Ukraine. He was the second youngest of eight siblings, his parents were Jacob Neufeld (1884-1937) and Sara (nee Dyck) Neufeld (1889-1978). Dad was preceded in death by his wife of fifty-four years, Katie (nee Lehn 1928-2004), six of his brothers and sisters: Nikolai (1912-1938), Jacob (1913-1918), Elisabet (1918-2002), Heinrich (1920-1995) Jacob (1923-2005), and Nelly (1924-2008). A son-in law David Johnson passed away in 2017. Dad is survived by his three children; Ron who resides in Pinawa, Manitoba; Louella Johnson who resides in Henderson, Nevada and Dan, who with his wife Susan resides in Winnipeg, Manitoba. Dad is also survived by eight beloved grandchildren, Andrew, Lisa, Joshua, Megan, Jordan, Rebecca and her husband Carter, and Thomas . Dad’s younger sister Annie (1929-) resides in Germany along with many nieces and nephews living in Germany whom he visited on numerous occasions. Dad will be missed but his family will fondly remember his smile, laughter and generous giving. Dad believed in being hospitable and welcoming to friends, family, and strangers and his wonderful stories at family gatherings would often last long into the night. He loved all sports-he was for many years a season ticket holder to both the Calgary Stampeders and Calgary Flames. But his true passion was golf. Both he and our mother Katie were ardent members of Silver Springs Country Club. Dad had a competitive nature and became an accomplished golfer. His competitiveness even extended to the kitchen table where he was not above bending the rules in a game of Rook although he did so with a disarming smile amid the protests and laughter of younger family members. Living under the iron fist of Stalin, Dad's family experienced much hardship and deprivation. In 1948 Dad emigrated to Canada sailing from Rotterdam to Halifax aboard a vessel called Tabinta. Arriving in Alberta he worked at numerous jobs as a farm worker, a labourer on a telephone work crew and digging up potatoes for a farmer who offered him a dollar for every row of potatoes he finished. Dad thought this was a decent wage until he discovered that the rows were half a mile long. But Dad was ambitious, a hard worker and filled with resolve to make a name for himself and arriving in Calgary he began to work in construction, eventually starting his own company, Neufeld Construction Ltd. and becoming a respected and highly regarded builder of new homes. Dad always said that he fell in love with Calgary the moment he set foot in the city. He joined the Calgary Homebuilders Association where he served on the Board of Directors for seven years, four of which he was the chair of the Builders Ethics committee. He later joined Carma Developers where he was a builder/member in good standing for many years. As a young man in Calgary, Dad began attending church services in the Scarborough Mennonite Church which later became First Mennonite Church; it was at a choir practice where he met the love of his life, Katie Lehn. Dad and Mom began to date, became engaged, and married on August 27, 1950. Dad remembered being captivated by Katie's beautiful voice. Mom’s recollection of those times was going out after choir practice to Jimmys Cafe on the corner of 17th Avenue and 14th Street where Dad would order an ice cream for ten cents, a small glass of coke with two straws for a nickel and then record this in a little notebook under the heading 'date with Katie-one ice cream, one coke=15 cents'. Mom with a glint in her eye and a smile on her face referred to this as 'Dad's little black book.' There were many newly arrived young Mennonites in Calgary at the time and this gathering of young people became the core of First Mennonite Church; they became life long friends, often worked in partnership and raised families that formed the the basis of a vibrant faith community. First Mennonite Church was important to Dad and he served at various times as congregational chairperson and treasurer. In the early 1970’s a call came from the church asking for individual families to sponsor Laotian refugee families to Canada. Together with a small group Dad and our mom Katie sponsored three families. When the families arrived in Calgary, few of the families had anyone who could speak english. Dad and Mom helped them find places to live and assisted them in finding work. They drove the Laotians around the city of Calgary to register for social services and health care and to enroll their children in schools. On Sunday mornings they brought them to church. Eventually Dad became more heavily involved in sponsoring the Laotian relatives left behind in refugee camps. Dad and Mom would invite the newly arrived Laotians to their house for Bible study. Dad would gather the adults in the living room for Bible Study while Mom took the children into the kitchen where she shared Bible stories and taught them how to play board games at the kitchen table. Over the years friendships deepened and Dad and Mom would be invited to family celebrations and weddings within the growing Laotian community. They were given a beautiful engraving upon which they had inscribed words of appreciation. Dad was very proud of this plaque and treasured it. Sustained by his faith Dad once wrote, “Throughout my life I have often felt the hand of God upon my shoulder and I thank Him for his protection, His guidance and His many blessings.

In lieu of flowers, memorial donations can be made to Mennonite Central Committee or The Bethany Care Foundation.

Our family offers our thanks to the staff at Bethany Care Hillhurst for the loving care Dad received from them. As well we would like to extend our thanks to All About Seniors for providing companion visits to Dad. All of you who contributed to Dad’s care and well being have our heartfelt thanks appreciation.

Sending heartful sympathy and caring concern in your time of sadness and loss. Dave and I are praying that God will ease your sorrow in His own loving way. Take care! 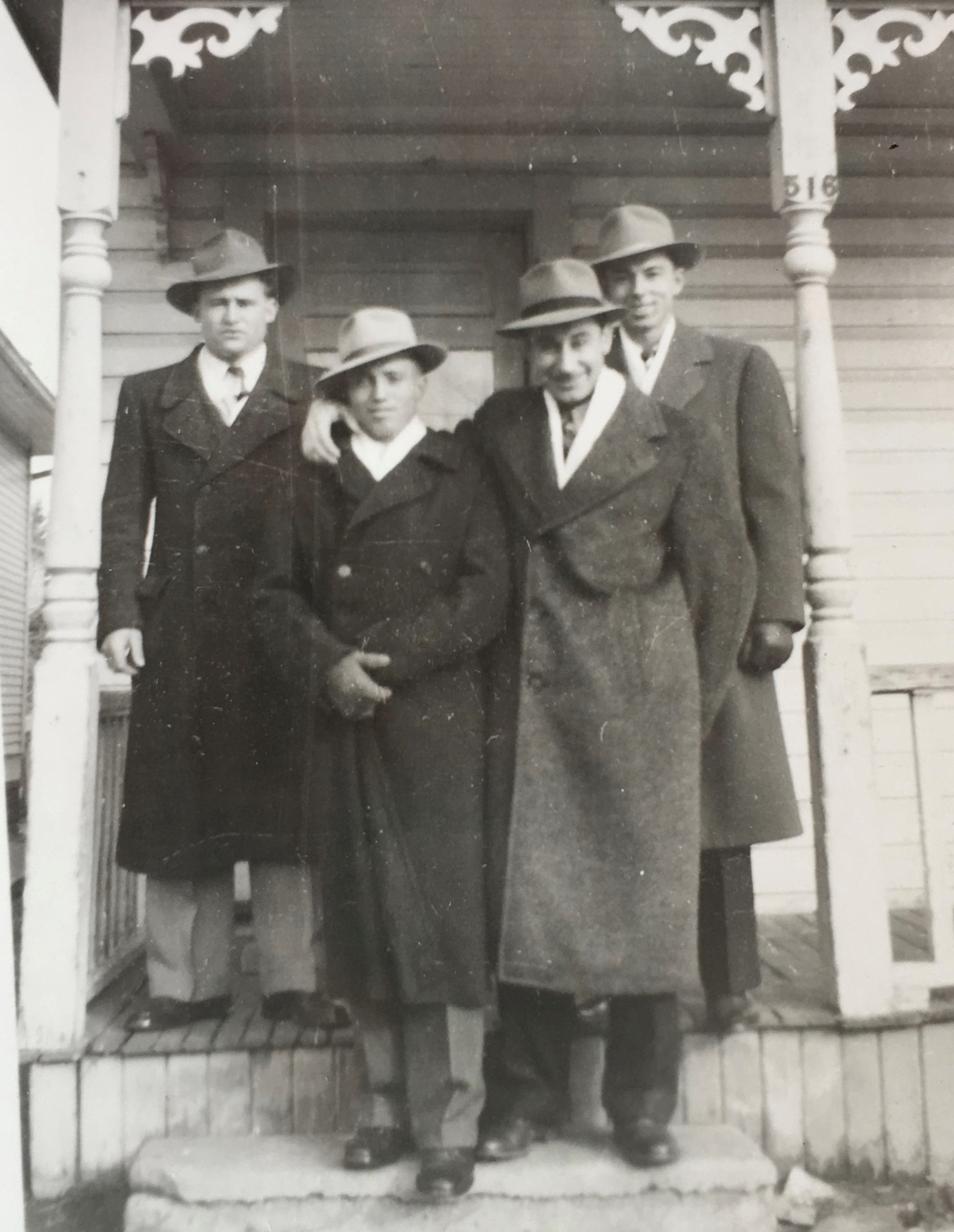 I always loved "Uncle John"! Our families were very close when I was a young girl and we ended up living as neighbours in Calgary, followed each other to Kelowna where we all lived for a couple of years and enjoyed many wonderful trips together. The Neufelds felt like family and I loved Uncle John's easy laughter , jokes and kind nature. Sending love to the family and praying for comfort in the loss and joy in every good memory. The best is yet to come for us who love Jesus, so a wonderfully grand reunion is up ahead!