Across Canada, you’ll find cemeteries that have stood the test of time. Our historic cemeteries are worth a visit wherever you find them,  from magnificent natural settings to hidden urban gems. Here are just a few of the many interesting Canadian burial grounds. 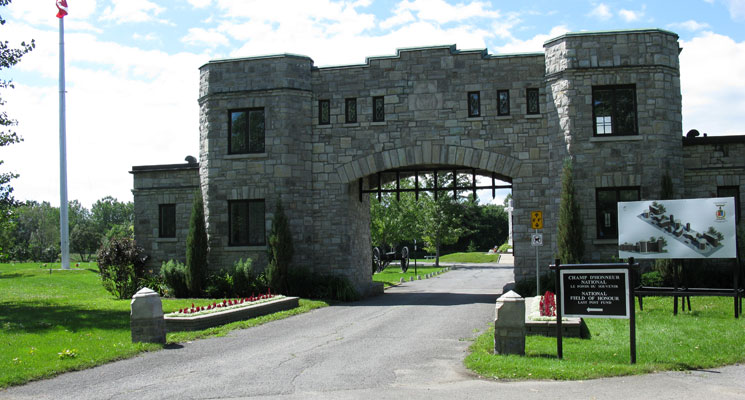 Bordering Lakeview Memorial Gardens, the National Field of Honour is a military cemetery. Opened in 1930, it is designed to reflect a military tradition, with its orderly, uniform placement of monuments echoing military principles such as the equality of soldiers in death, military comradeship and discipline, and perpetual remembrance.

Designated as a National Historic Site in 2009, the cemetery is administered by the Quebec Branch of the Last Post Fund. We’re especially proud that each military burial at the Field of Honour includes a procession through Lakeview's gardens. 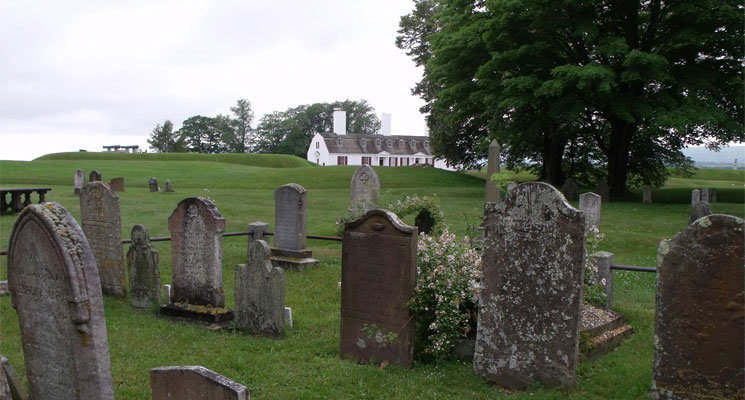 Canada’s oldest regular cemetery, Garrison Cemetery located on the grounds of Fort Anne. Initially a graveyard for French military forces, it has since been used by Acadians, the British military and the parish of St. Luke’s.

The earliest remaining tombstone  - and the oldest English headstone in Canada - dates from 1720,  and memorializes Bethiah Douglass, 37, who died October 1, 1720. Here you will also find the grave of Rose Fortune (1774–1864), a Black Loyalist and the first female police officer in what is now Canada. Pioneering educator Andrew Henderson (1797-1869) is also buried here.

From June to November, you can take a candlelight tour of the cemetery,  a lively and popular excursion, led by an historian.

The oldest cemetery in Toronto still in operation, St. James was opened in 1844 to service St. James Cathedral. It was required as the burial ground around the Anglican cathedral itself, in use since 1797, was out of room. In the cemetery, you’ll find the small Chapel of St. James-the-Less. Built in 1860, it is a lovely example of Victorian Gothic design, and was designated a National Historic Site in 1990.

The cemetery is the final resting place of many of Toronto's oldest families and notable citizens, including: James Austin, founder of what would become the Toronto-Dominion Bank;  James Cockburn, a Conservative politician and Father of Confederation, and E. J. Lennox,  architect of Casa Loma and Old City Hall.

Get our Free Resources