Dr. Roger Graham Keith M.D, FRCSC, FRCS, FACS, Professor Emeritus, in his 80th year, on December 15th, 2020, died peacefully with family at his side. Beloved husband and best friend of Nancy, loving father and father-in-law of Janet and Ed Mahony, Donna (deceased) and Jim Gresham, son Brian, and devoted grandfather of Emily and Andrew, all of British Columbia and Kayleigh of Alberta. Brother and brother-in-law of Nancy and Terry Wilson, Uncle to Kenneth Chapton and his wife Betsy and Leah Secrest and her husband Rob, all of Denver (CO). Brother-in-law of Barb and Sandy Hampson of Regina, Ann and Dave Trick of Rideau Ferry (Ont), Jim and Kathy Lynch of Airdrie (Alta), Joy and Mike Vervoot, Ameliasburg (Ont), and Garry and Maggie Lynch of Port Hope (Ont). Great Uncle to many nieces and nephews in Saskatchewan, Alberta, Ontario and Denver.

Roger was born in Calgary on August 14, 1940, son of Wilson and Evelyn Keith of Calgary (Alberta). After completing his medical degree at the University of Alberta and general surgery residency at the University of Toronto, Roger went to Toulouse (Professor Jean Escat), London (Sir Rodney Smith), Los Angeles (Dr. William Longmire) and Seattle (Dr. Thomas T. White) to gain the best training in liver and pancreatic surgery. He is known for his many contributions to the surgical expertise in hepatopancreaticobiliary surgery, including endoscopic retrograde cholangiopancreatography, which became Roger’s specialty. He led its development in Canada over the next 40 years. He produced numerous books, chapters in books, and articles over his career. In 1990 he moved west to become the professor and head of surgery at the University of Saskatchewan. He contributed to the rapid development of surgical education through leadership roles, as president of the Canadian Association of General Surgeons, Chairman of the Examinations Committee in General Surgery for the Royal College of Physicians and Surgeons of Canada. Roger served as Councillor, Program Committee Chair and President of the Central Surgical Association; was a Governor of the American College of Surgeons; an Executive Committee member of the International Federation of Societies for Endoscopic Surgery; an International Director of the James IV Association of Surgery; and served as a Committee member of numerous academic surgical societies including the Society for Surgery of the Alimentary Tract, American Surgical Association, and the American HPB Association. He was a member of the Surgeons Travel Club through which he and Nancy enjoyed many warm friendships. Roger was editor-in-chief of the Canadian Journal of Surgery from 1992 to 1998.

Roger was active in sports throughout his life, playing both Football and Basketball at the University of Alberta, Curling at the Thornhill Club in Toronto, and leading the hosting committee of the Toronto Silver Broom World Curling 1986. Roger and Nancy had a love for travel from safaris in Africa to mingling with the penguins in Antarctica and many places in between, including annual spectators at the British Open and regular spectators at the Canadian Open in recent years. Roger was an active skier, hiker and canoeist with his family, and remained an active golfer throughout his time in Saskatoon as a Member of the Riverside Country Club.

Roger had a wonderful sense of humour, loved to share a good story, loved a good competition and he will be remembered as a loving husband, father, proud grandfather, brother/brother-in-law, respected colleague, caring friend, and dedicated doctor. He spent over fifty-six years of academic surgical care of patients in Alberta, Ontario and Saskatchewan. He was truly loved by his patients, and always took time for each and every one of them. He was much loved and will be sorely missed by all that knew him.

Roger and Nancy were regular contributors to charities. As an expression of sympathy, donations may be made to Interstitial Lung Disease Research at the Canadian Lung Association
(https://www.lung.ca/research/interstitial-lung-disease/), Canadian Pulmonary Fibrosis Foundation (https://cpff.ca/), or a charity of your choice.

The family are planning a Celebration of Life at a later date. To share memories and condolences, visit www.parkfuneral.ca “Obituaries-Guestbook”. Arrangements entrusted to Greg Lalach, Park Funeral Home 306.244.2103. 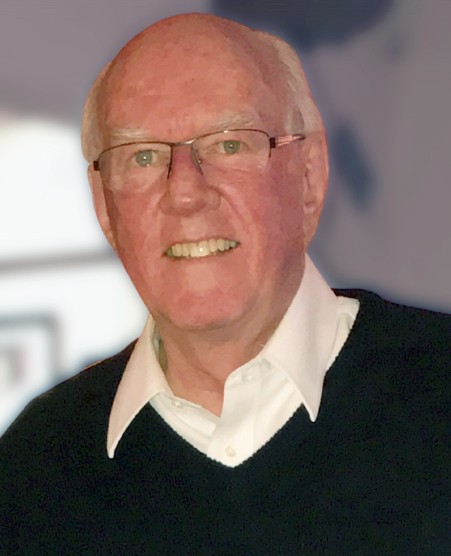 Grieve not overly long for me,
nor mourn too great a while.
For happier would I surely be
to see your lovely smile.
Let seldom be the tears that fall
since I have passed away,
But miss me a little in your heart
and remember me each day.
Live your lives as fully,
as I would want for you,
and treat thy fellowman
as God would want you to.
And when the time has come dears
that your lives are through;
I shall be patiently waiting here
with love for each of you.
Anonymous

Very saddened to hear of Dr. Roger G. Keith's passing. As a great teacher and mentor, he had a great impact on my life and others. I will miss him greatly. Sincere condolences to you Nancy and the family. Our thoughts and prayers are with you all in this difficult time.

Where to start I don’t know, i have so many memories of Roger during his many years at Sunnybrook, i could write a book! So precise to say i was deeply shocked and saddened to hear of Roger’s death today, when i opened my Mailbox and there was a card from Nancy. To Nancy, Janet and family, the family of Donna and to Brian, my sincerest sympathies. 😢