It is with the heaviest of hearts that we announce the sudden passing of David Thomas. He will be dearly missed by his wife of 25 years, Mary Beeching, brother Peter Jr., his beloved children, Ben (Paula) and Larissa (Randy), his granddaughter Everly “Rosie”, whom he habitually called the light of his life, and many friends and colleagues.

Born in Hamilton, Ontario on February 16, 1949 to Mary and Peter Thomas Sr., he and his brother were raised on the family farm in idyllic Beamsville, Ontario, where his parents inspired his strong work ethic, love of cherries, and an unwavering passion for learning.

After disciplinary issues at Beamsville Secondary School, resulting in suspensions for having a moustache and wearing blue jeans, he left home in 1968 to pursue a Chemistry degree from Queen’s University, being the first person in his family to attend a post-secondary institution. In 1971, he married his first wife, Carolyn (Zaruk) and after completing his undergrad in 1972, they moved out west, where he earned his Master’s degree in Chemical Oceanography from UBC in 1974. They then moved to Victoria, BC, where he partnered with his two UBC buddies to establish Seakem Oceanography Ltd., which later became the AXYS Group of companies, and today AXYS Technologies Inc.

Dave contributed significantly to the overall success of AXYS and multiple Canadian and international scientific programs. In the mid-1990s, he led the expansion of environmental assessment services into Russia and laboratory analyses in the Czech Republic. This subsequently led to additional environmental work in Europe, South America and the Caribbean.

Over the past two decades, Dave continued his passion for the Arctic and devoted a tremendous amount of personal time and effort to several scientific initiatives. He was a respected senior scientist participating in the international Arctic Council’s Arctic Monitoring and Assessment Program (AMAP) with a focus on circumpolar assessments related to heavy metals and oil and gas impacts. Since 2005, Dave served on the Board of ArcticNet, a program dedicated to addressing climate change impacts in the Canadian Arctic in partnership with Inuit, industry, academia and government. He was also the Chair of the CCGS Amundsen Board since 2011 where he contributed to the CCGS Amundsen Arctic science program. Throughout his consulting career and more recent participation in Arctic programs, Dave generously treated Canadian and international teams to the best of Canadian hospitality, inviting them into his home and hosting them on visits to his brewery. He will be remembered for his rigour, relentless devotion and amiability. As a colleague, a scientist and a friend, Dave will be sadly missed by the Canadian and international Arctic science community.

In addition to his numerous scientific achievements, Dave also co-founded Victoria’s Lighthouse Brewing Company in 1998 and sat on many volunteer and charity boards, including most recently Music By the Sea.

Our Dad was a brilliant, eccentric and accomplished scientist, with countless talents and interests. He had the ability to retain and recall the most random pieces of information, and could hold a conversation with anyone, on literally any topic. He could often be found sharing anecdotes and laughs over some pints at the pub with many of his good friends. Dad was known for his love of hockey, and was an avid Toronto Maple Leafs fan his entire life. Despite all of his professional and family goals being realized, his one wish was to see his team win the Stanley Cup again. As his hopes were perennially dashed, he would often say he wanted Leafs players to be his pall bearers, so they could let him down one last time. He was also incredibly proud of his Ukrainian heritage, especially evident at annual large Ukrainian Christmas dinner celebrations with friends and family held over many decades, and he was intensely committed to passing on family traditions to his children and granddaughter.

Dad’s thoughtfulness and generosity will inspire us all to be better people, to enjoy the simple things in life, and the importance of doing the right thing. Dad was an endearing and extraordinary man and leaves an incomprehensible void for all who knew him. We know now, wherever he may be, he is enjoying a nice bottle of Bordeaux, playing his accordion, admiring some rocks and fossils, and taking in a Leafs game.

Due to COVID-19, a small memorial will be held on September 5, 2020. Information for the livestream of the service will be as follows:


A Celebration of Life will be held at a later date, when restrictions have eased, for all family and friends who wish to attend. In lieu of flowers, donations can be made to the Inuvik Food Bank (https://www.canadahelps.org/en/charities/inuvik-food-bank/). 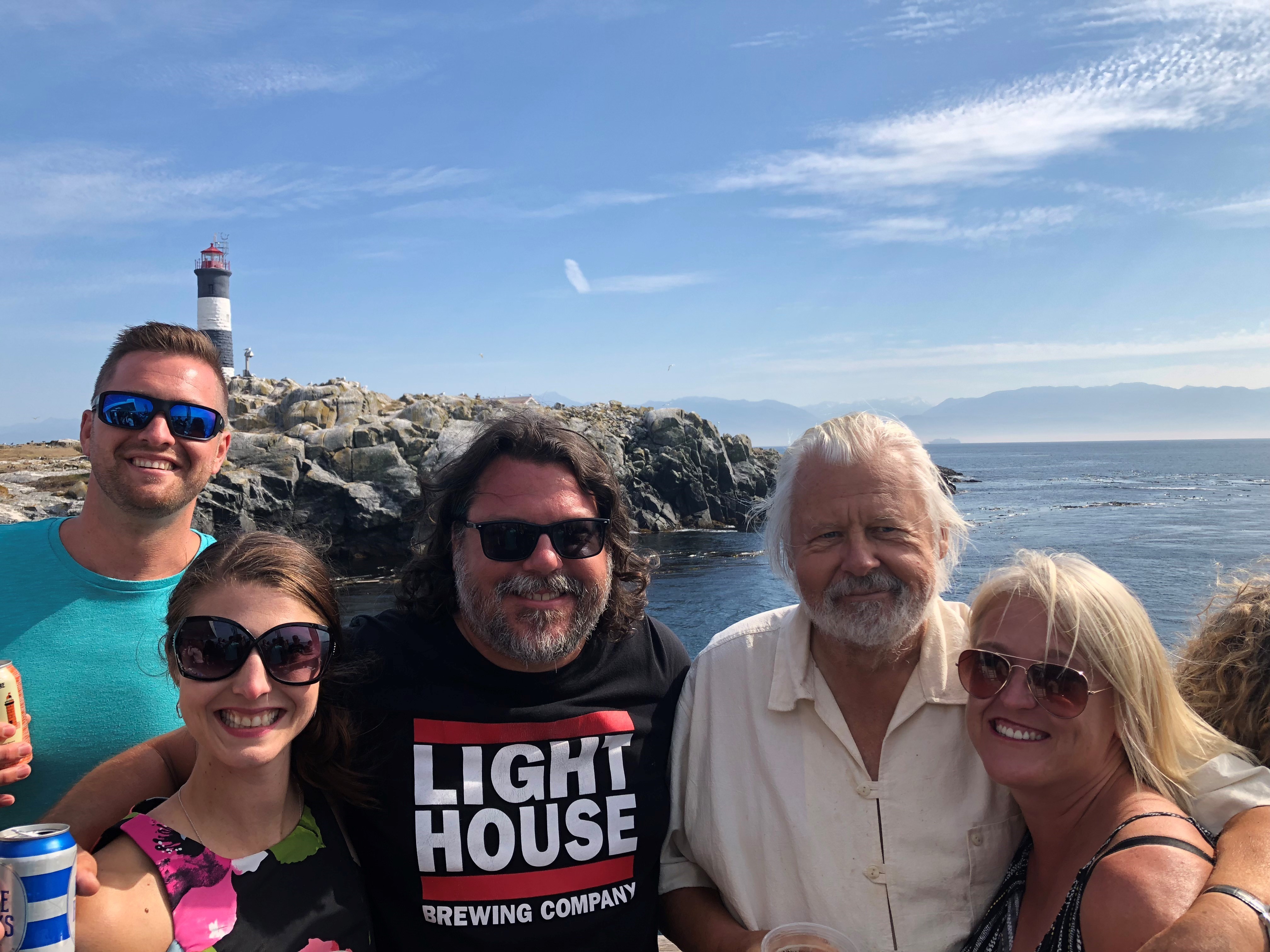 My thoughts go out to Dave's family; Ben, Larissa and also the Lighthouse and AXYS Families for which Dave was the Captain of. I had the opportunity of doing business with Dave for a number of years and will always hold him in high regard. Not only was he highly intelligent, but he was always very modest, kind and a great leader. I feel lucky that I was there to help Dave and Ben celebrate Lighthouse's 20th celebration back in 2018, as it was a great day out and one that was full of smiles, especially on Dave's face surrounded by his family, team, partner and friends. I am so sorry for your loss. I will personally miss bumping into Dave at a local pub or the Toronto Airport which I would always be greeted with a big bear hug. Dave, you were an awesome guy all around and will be missed.

Dave was a great friend and colleague. I will miss him immensely. My most sincere condolences to his family and loved ones.