We are saddened to announce that Louis C. Charland passed away suddenly on May 9, 2021. He was 62, son of Marguerite and Claude (deceased 1993). He is survived by his wife Anna, stepson James, mother Marguerite, sister Anne Elizabeth and brother Bernard.

Louis had an eclectic and stimulating career. Prior to joining Western in 1988 he was a member of the Biomedical Ethics Unit and the Clinical Trials Research Group at McGill University. In that role Louis taught in the Master's Specialization Program in Bioethics and served on the Research Ethics Board of the Douglas Psychiatric Hospital. Prior to McGill, Louis taught philosophy and bioethics at the University of Toronto for five years. During that time, he served as a Research Associate at the University of Toronto Joint Centre for Bioethics. In 1993-1994, he worked as bioethicist at the Toronto Hospital for Sick Children.

In addition to his academic and hospital experience, Louis worked as a research and program evaluation consultant for the Government of Ontario's Premier's Council on Health Strategy. He also served as consultant with the Ministry of Community and Social Services. and the Mental Health Branch of the Ministry of Health.

The many who knew or met Louis will know he was a larger than life character, with humanity and generosity matched by his affable, gregarious demeanor. He never lost his childlike, disarming wonder and passions (cooking, music, poetry, philosophy, family) or his electric intellect. As he liked to say, his life was like a novel: Tenured professor, master chef, guitar teacher and songwriter, avid swimmer, loving son, brother, husband, stepdad and uncle, published author, global speaker, mentor to hundreds of students and friends. Louis lived a magical, peripatetic life with his family. In keeping with the career path of his father Claude, a Canadian diplomat, Louis would literally see the world during his childhood and teenage years with stops in New Orleans (born 1958), Lagos, Sao Paolo, Ottawa, Brussels, Paris, Rome, and Mexico City. This global exposure informed and fueled his lifelong curiosity, love of travel and wide-ranging interests.

Louis was a force of nature with a lust for life that brought out the best in all those he touched. Known lovingly for his slightly rumpled dress and assorted hats, he never sought to impress or boast; many of his long-time friends (notably the staff in his favorite breakfast restaurant in London) never knew he was a decorated PhD at the top of his field, with credentials few knew or understood. Louis also never shied away from his humanity, and humbly accepted solace and support from friends and family as he faced life challenges, of which there were many.

Perhaps his greatest achievement was the support and guidance he gave his peers in AA, which he joined about 25 years ago. In that context he bonded as easily with people with drug addiction and former convicts as with CEOs and lawyers. That compassion and non-judgemental outlook was perhaps his greatest gift, and most valuable legacy for his friends and family.

Louis will be sorely missed, but long remembered.

My sincerest sympathy to Anna and Louis’s-extended family! I knew Louis to be a kind and gentle soul . We had shared hard times and good without reservation I will always to proudly proclaim him my friend. Much Love Bill 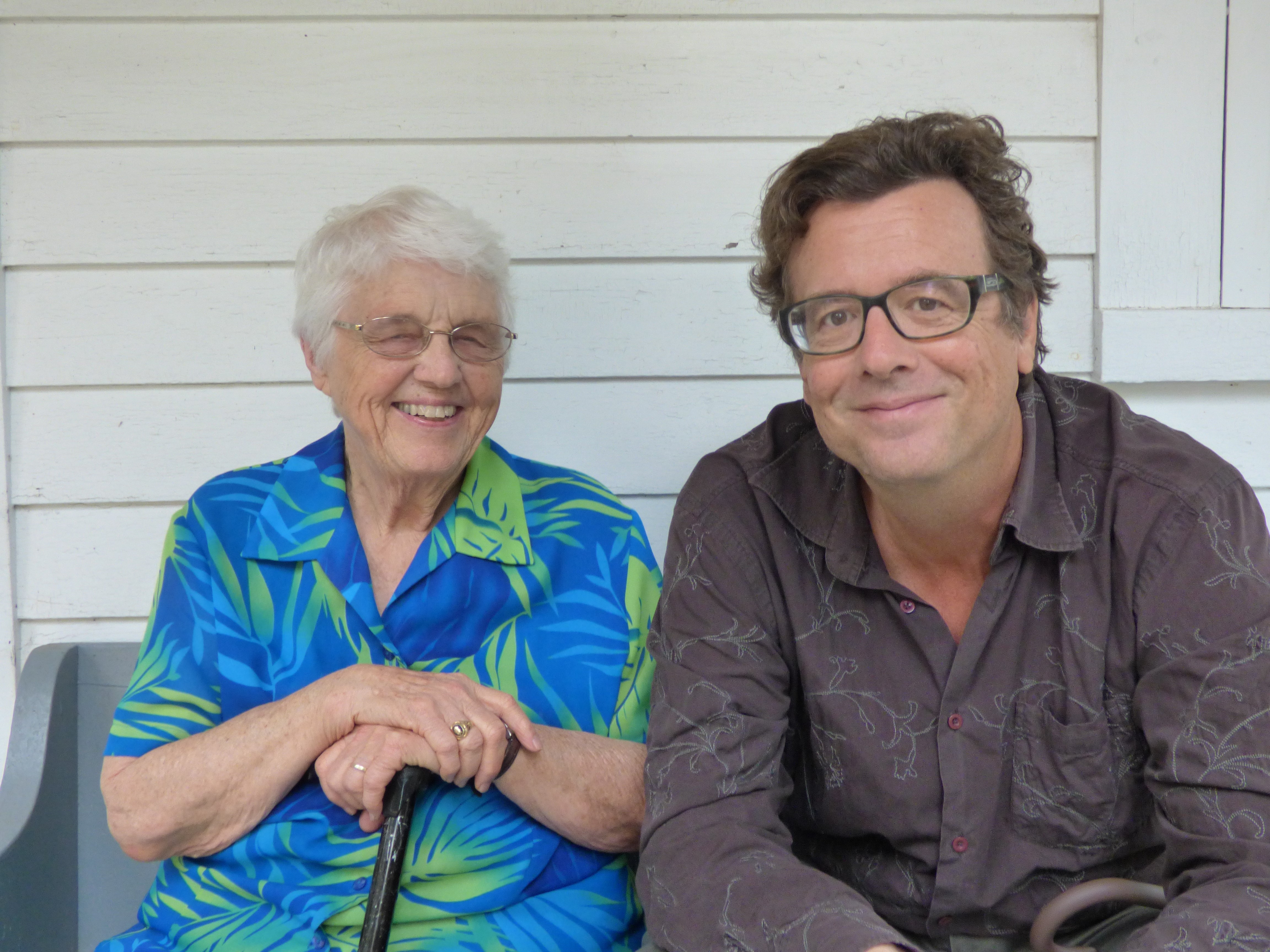 I met Louis at the Canadian Friends Historical Association visit to Yarmouth monthly meeting, the Quaker meeting house, and an historic tour of the early Quaker the history of the area around Sparta led by Jane Zavitz (in the photo below). I immediately hit it off with Louis as I could see that he had an intellectual appreciation and curiosity about the Quakers that came from a deep place in him. He also had a sense of humor that was also immediately evident. I was very saddened despite my short encounter with him to hear of his death.