It is with heavy hearts that we announce the passing of our beloved husband, father, grandfather and great-grandfather Kenneth George Leech of Calgary on June 30, 2020 at 98 years of age.

Ken was born in Hamilton, ON on May 26, 1922.  He was predeceased by his three brothers, Robert (Bob), his twin brother Donald (Don) and Norman (Norm) Leech; his wife Jean, his son Kenneth, grandson Bradley McKay and son-in-law William (Bill) McKay.

Ken will be remembered for his service with the Canadian Armed Forces during the Second World War, where he served from 1942 – 1946, as a Bombardier off the west coast of Canada.\Ken and Jean were married in Hamilton and had two children, Kenny and Diane.  The family moved from Hamilton to Calgary in 1960 to open the Firestone Tire plant.  He was the Warehouse Plant Manager until its closure and his subsequent retirement in 1978 after 40 years with Firestone.

Ken and Jean were married for 61 years, before her passing in 2004.  They enjoyed Ken’s early retirement with many activities and adventures.  They were volunteers for the 1988 Calgary Winter Olympics, enjoyed playing cards, golfing, curling, bowling, square dancing, snowbirds to Arizona with frequent stops in Nevada for a little gambling.  They especially enjoyed taking their grandchildren on camping adventures, one trip was for the girls and the next was for the boys as well as many west coast salmon fishing trips, meeting up with their many friends.  He also became an accomplished strawberry rhubarb pie baker to be enjoyed by all.

In his later years, Ken learned to love painting and even enjoyed bingo.  Ken never lost his love for a glass of good Scotch.

A special Thank You to the staff at Carewest Colonel Belcher for taking such good care of my Dad, Ken Leech.

A private Graveside Service and reception will be held in his honour. 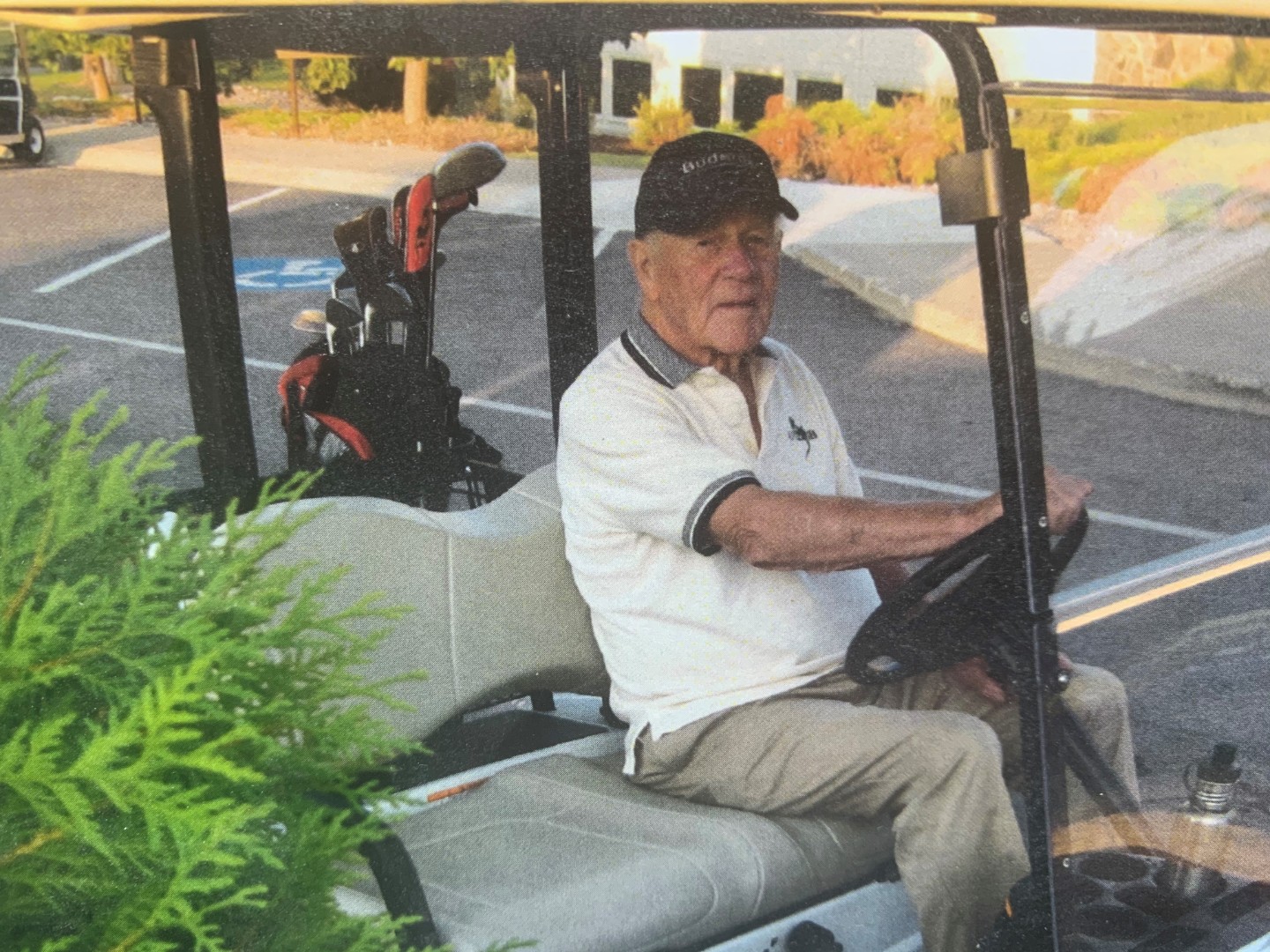 Rest Kenneth, until you hear at dawn, the low, clear reveille of God. Thank you for your service to the Canadian nation. Canadian Military, WWII.

My condolences to all the family. My thoughts are with you.