Phil was born in London, Ontario, lived on a farm with his family and attended Nilestown P.S., a one room schoolhouse, from grade 1 to 8. He then somehow commuted the many kilometres to London Central C.I. from the farm for two years. After grade 10, he decided to go to Wells Business Academy, which led to a job as a telegraph operator for the CNR throughout south-western Ontario during the War. He completed high school at Beck C.I., went to London Normal School and began teaching in 1949. He completed his BA at the University of Western Ontario over several summers and attended McMaster University and University of Toronto to take further teaching and geography courses.

Phil’s teaching career started in Hamilton, Ontario, however most of his career was spent in Scarborough. He taught at Clairlea P.S. for several years. “Mr. Yeoman” was a geography teacher for 22 years at RH King Collegiate Institute (1961-1983), with most of these years as Head of the Geography Department. He enjoyed teaching and treasured his life-long friendships with former students and his teaching colleagues.

Phil met the love of his life, Eleanor Behm, at McMaster while playing tennis. Phil and Eleanor married in 1953 in Hamilton and raised their two children Patrice and John in Guildwood Village in Scarborough. Phil was an active member in the community. He was the treasurer and a tennis buff at the Guildwood Tennis Club. In this role, he was often seen riding his bike to give out membership forms and tennis shoe tags. He was also a member of Washington United Church (Scarborough Bluffs United), various retired teachers' groups and the Western Alumni Association.

Phil’s hobbies and interests were expansive:
He loved music with a passion. In his twenties, he played sax in a dance band every Friday night for $5 a night. He played and taught piano and dabbled with classic guitar. He was a subscriber of The Toronto Symphony, Canadian Opera Company and The National Ballet for many years as well as a regular patron of Toronto theatres and the Stratford and Shaw Festivals.

He was fearless in what he decided to take on. He built two boats (a rowboat and a sailboat) and the well-loved family cottage (from a kit with help from friends and family).

Phil learned how to make the best pies and bread from his mother. In addition, he made jam and marmalade as well as homemade wine. He enjoyed growing raspberries and tomatoes and he had two pear trees (the squirrels usually beat him to the pears). He even made batches of pesto sauce from his basil.

Phil took many water colour painting courses over the years and enjoyed giving his masterpieces to family members who will always cherish them.

The daily cross word puzzle from the newspaper was completed with very few empty squares and he enjoyed reading widely. He faithfully read the entire newspaper every morning, with his trusty red pen in hand in case there were grammatical errors.

A man who was never bored, other activities included walking every day, riding his bike, driving his MG Midget, canoeing, sailing, downhill and cross-country skiing, coin and stamp collecting, camping, travelling abroad and spending time at his beloved cottage with family and friends.

Everyone who knew Phil described him as generous, kind and thoughtful with a great sense of humour. A dedicated volunteer, genuine friend and one of a kind. He will be sorely missed.

If you wish to make a memorial donation, the family would appreciate your consideration of The Juvenile Diabetes Research Foundation, The Kidney Foundation, Crohn’s and Colitis Canada or The Heart and Stroke Foundation. 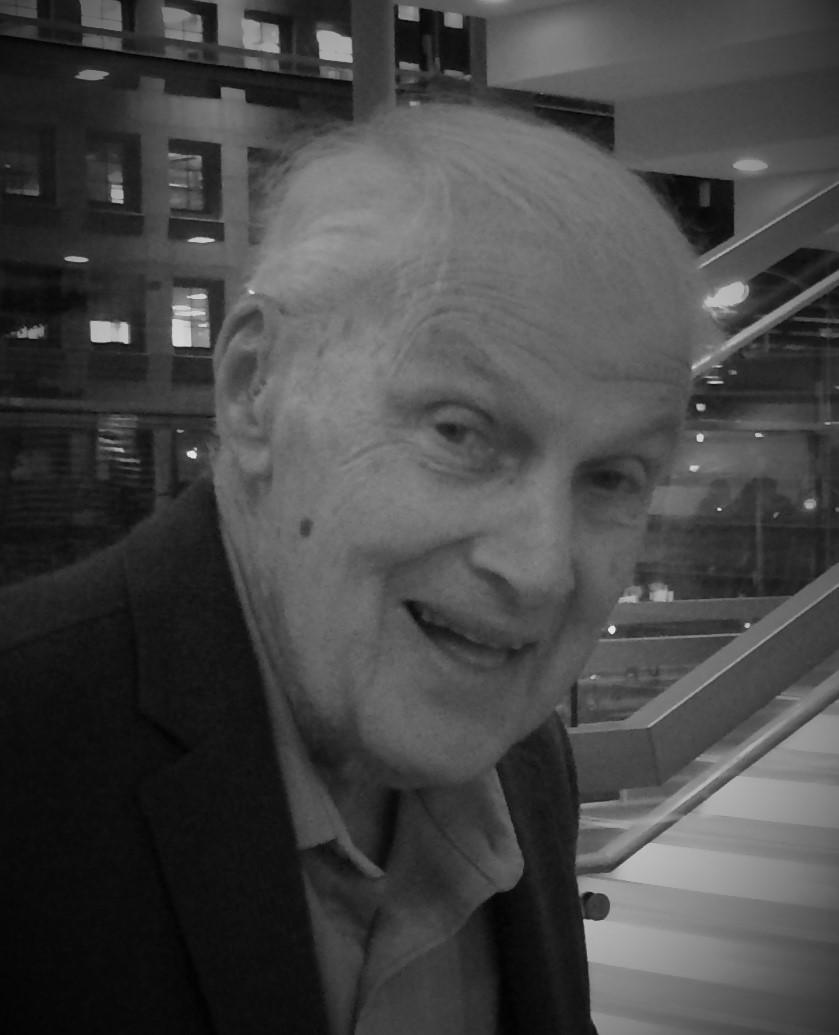 I am writing very late after the Phil's passing, but I only now came across the church's email notification of Phil's passing in a sea of emails. I remember Phil and Eleanor from church (Washington United and Scarborough Bluffs United). I particularly recall a dinner shared with them and others, part of a church fundraising event, the auction of gifts and talents and dinners. Many years ago, my extended family and I shifted our sitting place for church services and ended up sitting near Eleanor and Phil. I remember when Eleanor died and thereafter having many chats with Phil over the years. If only I knew of such an fascinating past he had and what an incredibly versatile person he was. I would have loved to see him driving his MG Midget. My deepest condolences to Phil's family and friends. What a wonderful man.

I served on the Guildwood Tennis Club Executive with Phil for many years. He was always so positive and kind, and would volunteer his time and efforts with no hesitation. The club even named a volunteer service award after Phil. He will be missed. My sincere condolences to his family.