Passed away on January 21st, 2020 at 8:00 a.m. at the Providence Healthcare Centre in Scarborough Ontario.
Born in New Richmond, Quebec (Chaleurs) October 3rd, 1939, the youngest of James and Majorie Willett. Predeceased by her parents and siblings Douglas (Marg), Sylvia (Jake), Gwendolyn (Theo), Helen (Lloyd), Merle. Survived by her older brother Archie (Elsie). She moved to Toronto in her late teens and was employed at the Toronto Dominion Bank until retirement in the 1990's. Diane was a devout Toronto Maple Leaf fan and a life long hockey player herself, playing for many years until hanging up her skates and putting down her stick at 72 years of age. Diane loved to travel and visit family and friends, especially to the Gaspe, her hometown and North British Columbia home to her sister’s family. She also leaves to mourn dear friends Carol and Don Clark, as well as her godchildren Pamela Coville (Dale), Todd Clark, Grant Clark (Shelley) and her nephew Andrew Willett. Diane also leaves many nieces and nephews across Canada and close cousins in Simcoe. Diane will be buried with her parents, James and Marjorie, in Black Cape, Quebec at a later date.
Online condolences may be shared in the Guestbook (www.mceachniefuneral.ca) 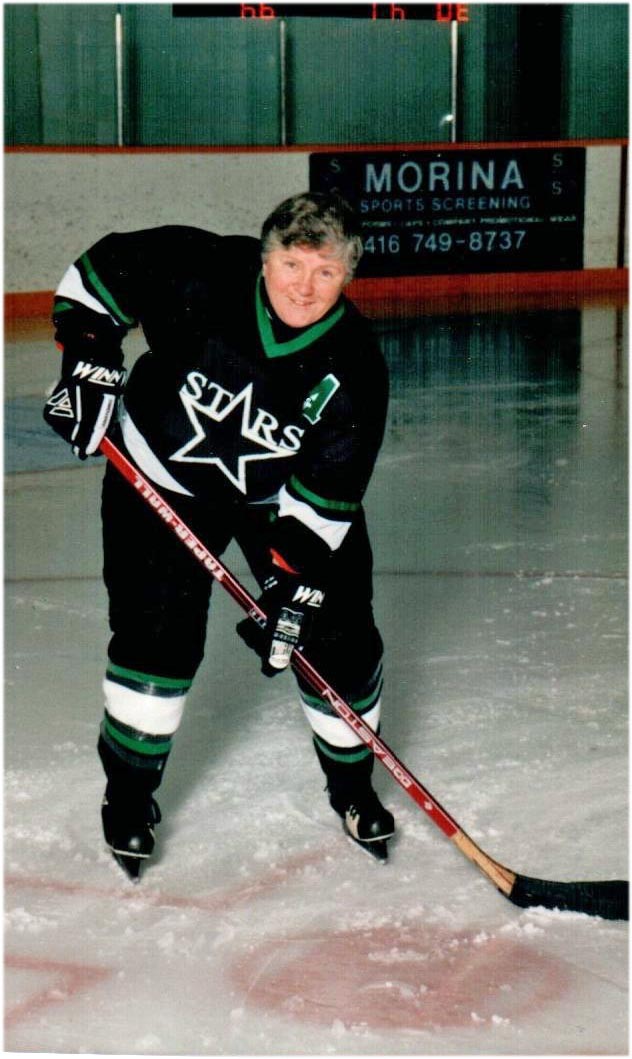 Condolences and sympathies to family and friends. Di was great fun to be around, especially when hockey was involved. Rest easy Di.

Great memories of playing hockey with Diana. Sincere condolences to the family.