Gordon Smith of Calgary passed away on Friday, April 10, 2020 at the age of 93 at the Carewest George Boyack Nursing Home after failing health.

He was predeceased by his wife of 58 years, Viola in March of 2016.  Gordon is survived by his daughters; Patricia Couture (Dwayne), Donna deMan (Gerry) and Bonnie Smith; his grandchildren Tiffany Couture (Trevor Crozier), Janelle Couture, Brooklyn Marlatt-Du Bois (Andrew), Colton deMan and Mitchil Smith; his great-grandchildren Katalina and Kenna Crozier and numerous nieces and nephews.

Gordon was born to Scottish immigrant parents, Cummin and Fanny Smith. He was born in Portage La Prairie, Manitoba on March 4, 1927. When he was 10 years old they moved to Medicine Hat, Alberta with brothers George (Ted), James and sister Florence. During the 1940’s he played hockey for the Medicine Hat Tigers, Kelowna Packers and Atlantic City Seagulls and had a tryout with the New York Rangers. In the summer, he played baseball for Medicine Hat and Kelowna. He worked for the CPR for 10 years as a brakeman.

In 1957 he met Viola Schreiner in Calgary and they married in 1958. They lived in the house they bought together in 1959 where they raised their three daughters, Patty, Donna and Bonnie, until they went into nursing homes. Gordon worked for Prudential Steel for 25 years. He continued meeting friends for coffee for the next 25 years at Tim Hortons. Thank you to that group.

Thank you to everyone at Carewest George Boyack for the wonderful care they gave our dad to make him comfortable.

A private service will be held for immediate family. 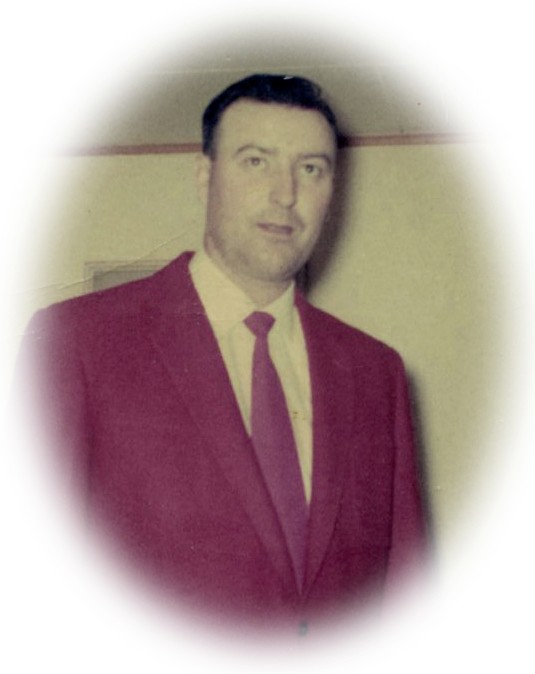 RIP Uncle Gordon. Haven't seen you in many years, but recall with fond memories our visits at the Crossroads ball diamond and your sage advise for improving my fielding skills! Condolences from Aberdeen to the entire Smith family. Duncan Laidlaw

Sorry for you lose. We will miss you always. With love Glenda and Betty. (Tim’s Hortons )