During his lifetime of 98 years, Robert (Bob) W. Stangroom was an Olympic level swimmer, an Air Force Corporal and mechanic, a demanding and dedicated coach of swimming and hockey, and a physical educator passionate about health and community, but, if you asked him which role he was most proud of, he would probably say it was that of a father and mentor. As the oldest in a family of 6, his early life prepared him well for that role, living on the shores of Hudson Bay and helping his mother look after younger siblings while his Mountie father was out “getting his man”. His teens and early twenties found him playing surrogate father to his much younger sisters, Margaret and Mary, carrying them piggy back style up the hill in West Point Grey from his job as a lifeguard at Locarno Beach in Vancouver.

He enlisted in the Air Force in 1939, wanting to be a pilot but, limited by his bad vision, spent the 6 years earthbound as a mechanic and fueler. The experience cemented his sense of duty and responsibility instilled by his pioneering parents and upbringing. Post war, he enrolled in the first Physical Education class to graduate from UBC, aiming to feed his passion for a healthy lifestyle and aquatics. His students in Dawson Creek benefitted from his quiet, straight forward style of teaching and coaching. His younger sister, Margaret, swam under his tutelage for the Canadian Commonwealth Swim Team in 1954. In pursuit of his passion for getting as many people involved in recreation, he returned to school at the University of Washington, graduating with a Master of Science in Physical Education, an unusual achievement in 1955. Over the next ten years, he and his wife, Mary Lou, hopped across the country from Nelson, BC and community recreation to Ottawa and the Department National Defense, finally settling in Fredericton, with a professorship at the University of New Brunswick. Along the way, their 3 daughters were born and life became all about his girls. We remember the many giggle sessions around the dinner table, initiated by his groaner humour, a trait he passed on to several of his grandchildren. The early morning swim practices tested our dedication but never his. Porridge was always ready and the driveway shoveled. His Phys Ed students and colleagues remember his quiet intellect, compassion and high standards. He treated every one as full of potential and worthy of his utmost efforts. Volunteering for the Red Cross Water Safety programs that he helped develop was central to his philosophy and core values. And he had a ready, able and enthusiastic squad of daughters and Aquanauts to do the water safety demonstrations! To quote him, “Swimming is not just a sport or pastime, but a life skill.” In retirement, he continued to be a lifelong learner, encouraging each of his grandchildren to pursue their education and their dreams, always with a dose of love couched in humour. He continued to swim, even competing at Masters Nationals with the UBC Masters Club in the 80-85 age group where he set a Canadian record in 50 Fly. Ever the athlete, he impressed everyone with his youthfulness and humility, traits we are all inspired to follow.

He left this world just a few days shy of his and Mary Lou’s 64th wedding anniversary, a testament to love and responsibility fulfilled. He was predeceased by his dear sisters, Dorothy and Mary and, just recently, his brother John. He will be missed more than words can express by Mary Lou, by his daughters Randi (Stewart), Karen (Robert) and Mary Kay (Greg) and by his 7 grandchildren, Kenzie, Ellian, Devon, Cameron, Liam, Hannah and Jackson. He is survived by his brother, Tim and sister, Margaret, and numerous nieces and nephews.

A Celebration of Bob’s Life took place on July 4th at The Gardens, 2641 Garry Dr. W., in Lethbridge, AB. His daughters have set up a Memorial Fund through the University of New Brunswick to support a student with his passion for community recreation and lifelong activity and volunteerism. Please go to www.unb.ca/giving, click on Give Now and direct your donation to the Robert (Bob) Stangroom Memorial. You can also contact Marcie Nixon directly through email at nixon@unb.ca or call 1-506-453-4986. 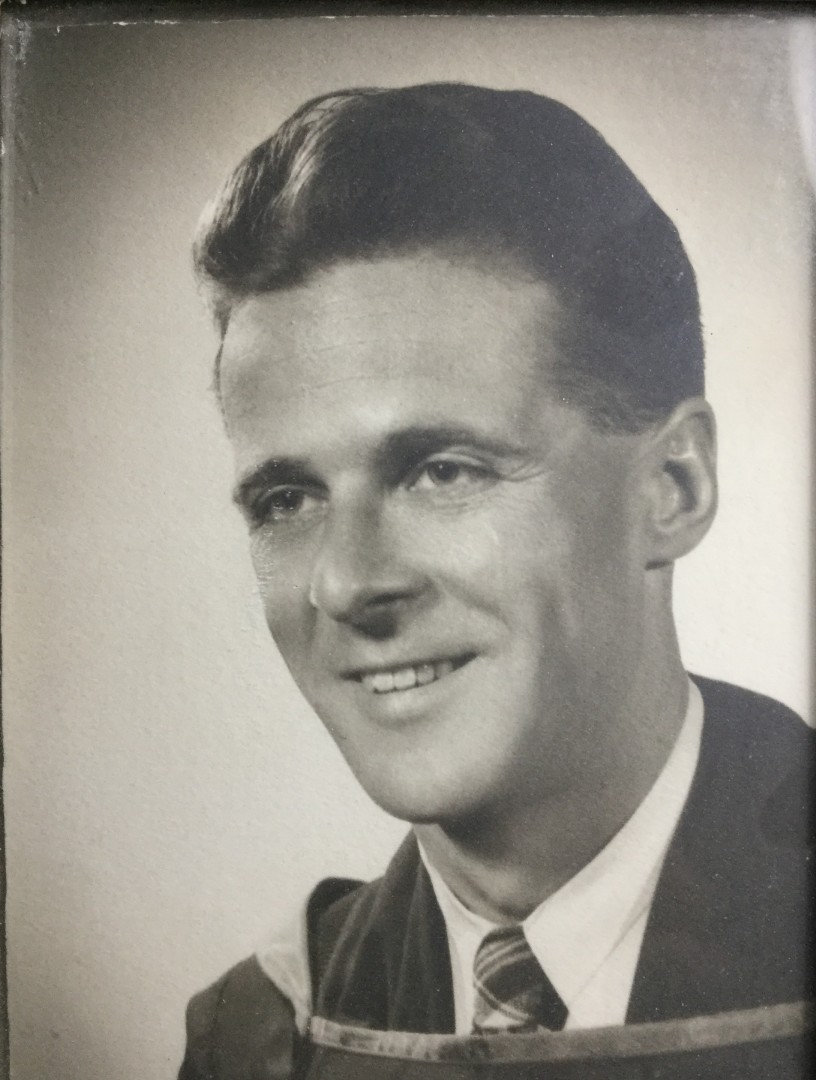 Mary Lou and family, Rick and I were saddened to learn of Bob’s passing. We offer our condolences. I will always remember and be grateful for the warm and gracious welcome you and Bob offered to me when I arrived in Fredericton to join the UNB faculty. He had a quiet good humour and a wonderful smile. Our thoughts are with you, the girls and their families during this sad time. Suzanne and Rick (Cotter)

Professor Stangroom was one of the most respected and admired teachers we ever encountered at UNB. Quietly professional, he inspired all of us to do things we never thought possible, one of which, for me, at least, was becoming a qualified lifeguard, and getting a job working at the UNB pool for the summer. For a guy who really didn't like the water, it was a milestone, one earned only with a great deal of encouragement from the coach. I always admired his quiet manner, and the way he convinced us that we could do more. RIP, professor Bob. You were one of the good guys.