It is with heavy hearts that we announce the peaceful passing of our dear father Bob at the age of 87 at his home in the Revera Evergreen Retirement Residence in Calgary, Alberta. He was predeceased by his parents Cyril and Liliun Burgess, sister Joan Van Sickle (Harvey Sr.), and brother Peter (Lorraine). He leaves behind to miss and remember him - his daughters Linda Burgess Ruppel (Larry), Brahmina Burgess, Bernadine Burgess, Alexandra Burgess; grandchildren Ben Dorge (Cristy), Ariel Dorge, Melissa Johnson, Jason Johnson, Robert Legros, and Dustin Shaver; great-grandchildren, step-children, nephews, nieces, loyal friends, and business associates.

In the life of every self-made man, who has weathered “the slings and arrows of outrageous fortune,” there are tales of failure and success, mistakes and forgiveness, tears and rejoicing. Bob’s colourful life was no different, and to paraphrase the lyric in the iconic tune by Frank Sinatra (one of Dad’s favourites), he did it his way. As a kid in his teens, he began what was to become a successful international business. His story starts from atop his bicycle, delivering parcels for Danny Gutkin’s pharmacy in Winnipeg. A bank loan, co-signed by Gutkin and Bob’s sister Joan, helped him to purchase a used Hillman truck, which started with a crank and had no heat. Then at 21, with his newborn infant daughter Linda wailing in the background and his young wife Eloriana assisting by answering the phone, he founded Northern Messenger from their tiny home in the Carmen Apartments on Burrows Avenue. Another daughter Bernadine, and a few years later Sandra (now Alexandra) came into the world. Along with his growing family, and his busy wife Eloriana sometimes assisting in the office but always serving as “the woman behind the man,” Bob’s fledgling business also grew. His first two official employees Bernie Sadowski and Ray Pepin remained with the company as it expanded from their first branch office on Berry Street, followed by two more consecutive moves to bigger spaces in Winnipeg. By 1966, branches in Calgary and Edmonton had opened and had begun to flourish.

On June 5, 1973, Bob’s picture appeared alongside an article written by John McManus for the Winnipeg Free Press Business Report, touting Northern Messenger as “Canada’s largest general messenger service” and “the only IBM computerized messenger service in the country.” Then in 1976, Bob moved his head office operations to Calgary and he called that city home for the next 44 years. Ray moved with him to Calgary and they remained friends until Pepin’s death. Bernie stayed in Winnipeg, and their friendship survived to this day. A business relationship with his Calgary lawyer Tom Scott grew into what became a valued, lifelong friendship. Tom was there as branch offices sprang up across Western Canada from Winnipeg to Vancouver. Then Bob felt it was time to consider further expansion into the western United States.

In 1977 his first U.S. branch opened in Minneapolis, requiring a 6-month stay in the Twin Cities. His second wife Florence, pregnant with their daughter Marilyn (now Brahmina), moved with him. It was a new beginning of sorts and Flo gave him the administrative assistance and moral support he needed to launch his messenger/courier business into the U.S. market. Success came relatively quickly. Northern’s first U.S. branch was followed by branches emerging in Seattle, San Francisco, Dallas, San Antonio, and Omaha. From those early days in 1954 with a $500 start-up loan and one employee (himself), to over 1000 employees in 13 cities by 1985, Bob felt the time was ripe to finally sell the company. At the age of 52, Bob should have been ready to welcome a well-deserved early retirement. But the spirit and the rush of entrepreneurship still flowed in his veins. Several ventures and deals followed, some successful, some not so much, until the lure of warmer climes and a more relaxed lifestyle finally convinced him to dust off his hat and walk proudly out of the ring. It was time to enjoy more of what life had to offer.

Over the decades, winter homes in Hawaii, Texas, and Arizona took him away from the bitter Canadian cold and the almost forgotten memories of that old Hillman truck at 40˚ below. Trips to the U.K. allowed him to visit the country where his parents and siblings had once lived. But always the organizational and project-oriented individual, Bob found himself embarking down some very unexpected roads.

Most people, who knew him well, would shake their heads in wonder when Bob decided to take on the culinary art of cooking, baking and freezing. Once again single, he bought a new home and designed the finished basement with the usual built-in entertainment unit. But Bob’s oak cabinetry for that unit was complete with full-length cupboards to house two large stand-up freezers. These he organized for different types of meals (from meats and vegetables to delectable desserts) to be prepared, individually portioned, categorized, labelled, and conveniently frozen, to be enjoyed at his leisure. He kept coded charts on a clipboard of these foods and their locations, all for creating full menus from his frozen food lists, from which he and his visiting children could choose their favourites. His specialty was BBQ ribs using the original recipe made famous by the old White House restaurant on Selkirk Avenue in Winnipeg. This passion and hobby for creating home-cooked meals, especially after his diagnosis of diabetes in the 1990’s, continued until he moved to Revera Evergreen in 2018.

Bob was an avid reader and owned a huge collection of books. He also loved movies and he began collecting those, too, organizing them alphabetically in a card catalogue box, complete with descriptions he typed out on an old electronic typewriter. In the 1960’s, in his early adulthood, Bob loved to play his vinyl records, including artists like James Last, Harry Belafonte, Ray Charles, Herb Alpert, and other popular music of the day, on Saturday afternoons. The music would be so loud that it could be heard outside and all the way down the block from his house in Winnipeg. But in his retirement years, an accidental discovery turned into a brand new musical hobby. It even made Bob wonder at himself, along with everyone else.

During a milestone anniversary and weekend celebration held in St. Catharines in honour of his brother Peter and sister-in-law Lorraine, Bob (with the help of a little Crown Royal) starting singing along with his nephew Frank. Someone commented, “Bob! You have a wonderful bass voice!” His response was at first bewilderment, for all his life he had believed that he couldn’t sing. His next response was action. He returned to Calgary and immediately went out and bought a high-end karaoke machine and a large assortment of discs. He started rehearsing and performing his favourite Johnny Cash, Marty Robbins, and other tunes at home with his third wife Sharron. In 2008, at the age of 75, he was singing in a crowded bar in Brownsville, Texas to rounds of applause and to the sheer amazement of his family!

Although he only sired daughters, Bob acted as a mentor and offered support to many of his sons-in-law, including David Brian with whom he maintained a strong friendship that long outlasted their official family ties.   A common sentiment expressed by most of his Burgess family nieces and nephews was that Uncle Bob was a special man and a favourite uncle.  Known as Papa Bob to his grandchildren, he will be fondly remembered for his silly pranks, wonderful wit and his natural ability as an engaging storyteller and comedian. He made Christmas special and fun, creating an invisible character, “the Little Green Elf”, decades before the “Elf-on-the-Shelf” became a tradition. He enjoyed hosting Grey Cup parties for many years, inventing his own betting game for his guests to enjoy along with the usual drinks and appetizers. He loved to philosophize, talk at the dinner table or on the phone for hours, sharing joy and sorrow, laughter and tears with his friends and family. Although occasionally irreverent, outspoken and even annoyingly blunt in expressing his opinions about religion and politics, he was more often understanding and kind with those he knew and a little introverted, even shy with those he didn’t. If being a pet-lover can be considered the measure of a man’s heart, Bob’s heart was enormous as he adored and doted on his fur babies. He always seemed to have a dog or two around the house, treating them to specially prepared meals as if they were human.

Perhaps more than anything else, Bob will be remembered as having an almost inexhaustible generosity and a willingness to help others. He will be lovingly missed and his memory will be cherished by all those who knew him well.

The family would like to thank the staff at Revera Evergreen Retirement Residence in Calgary for their excellent care of Dad in his final days, along with a special word of gratitude to Frances (Frankie) Gascon and Lynn Barba, his two wonderful nurses.

Donations in his name can be made to the Calgary Humane Society.  See Charity Donations link below. 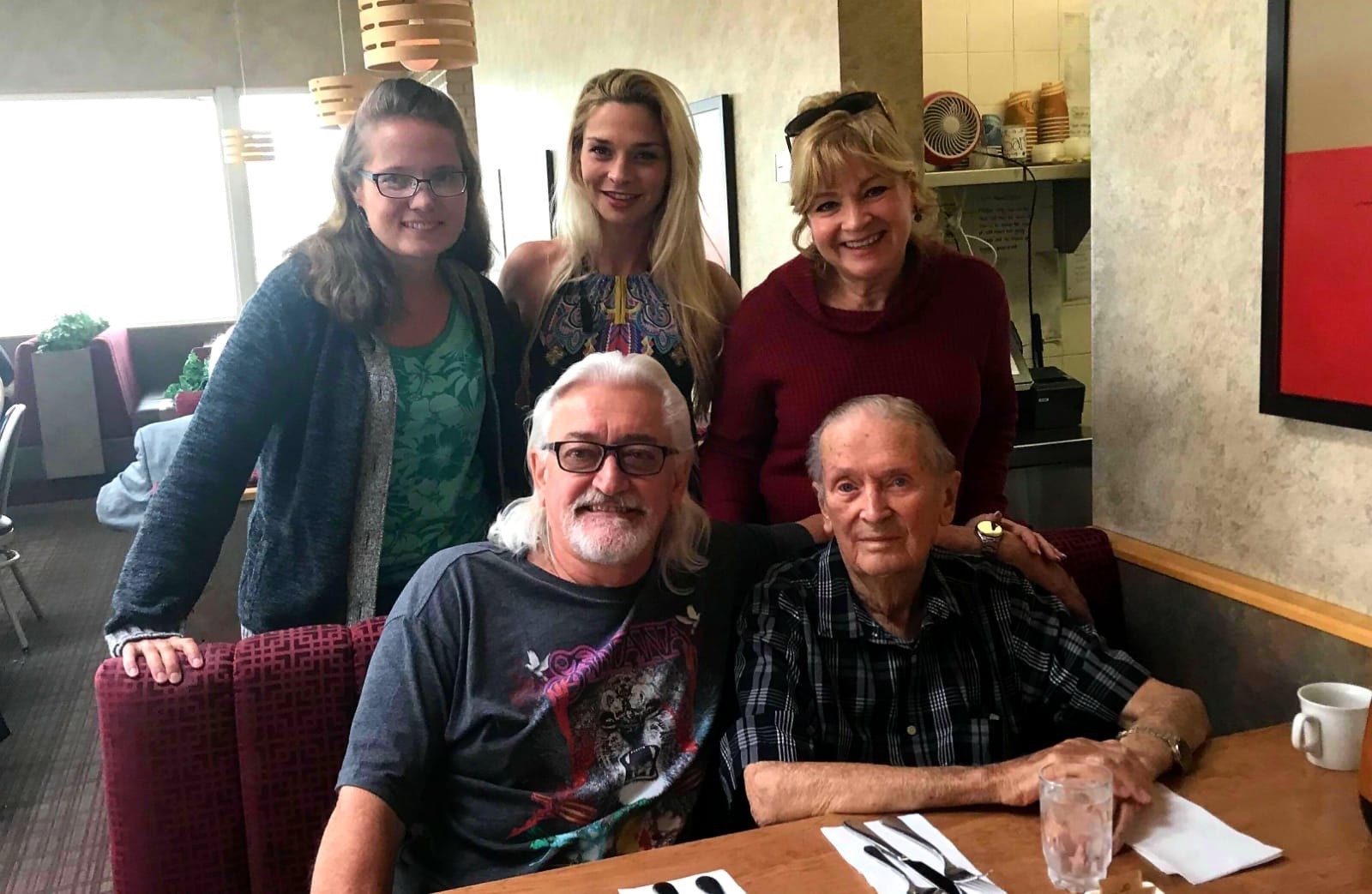 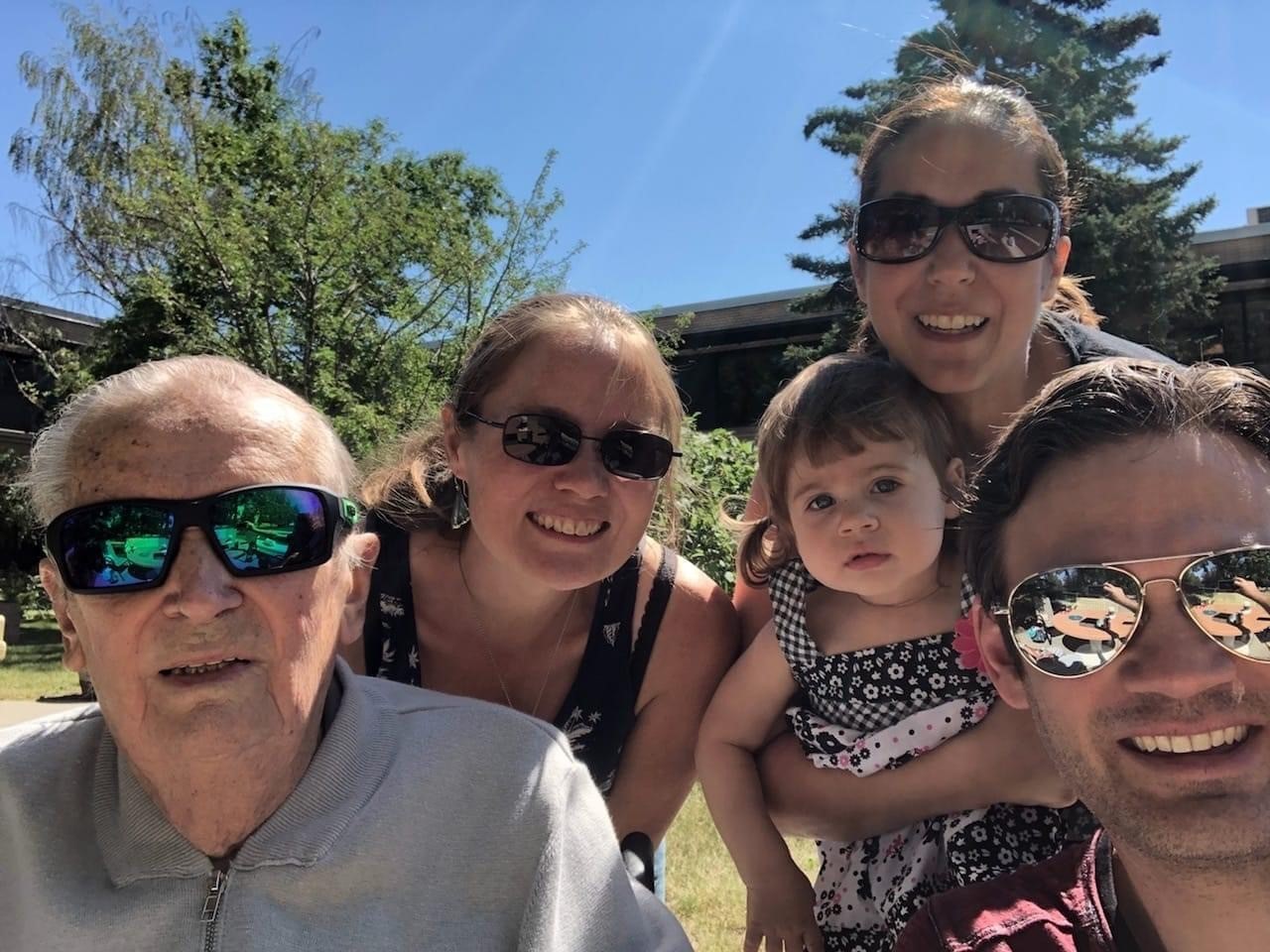 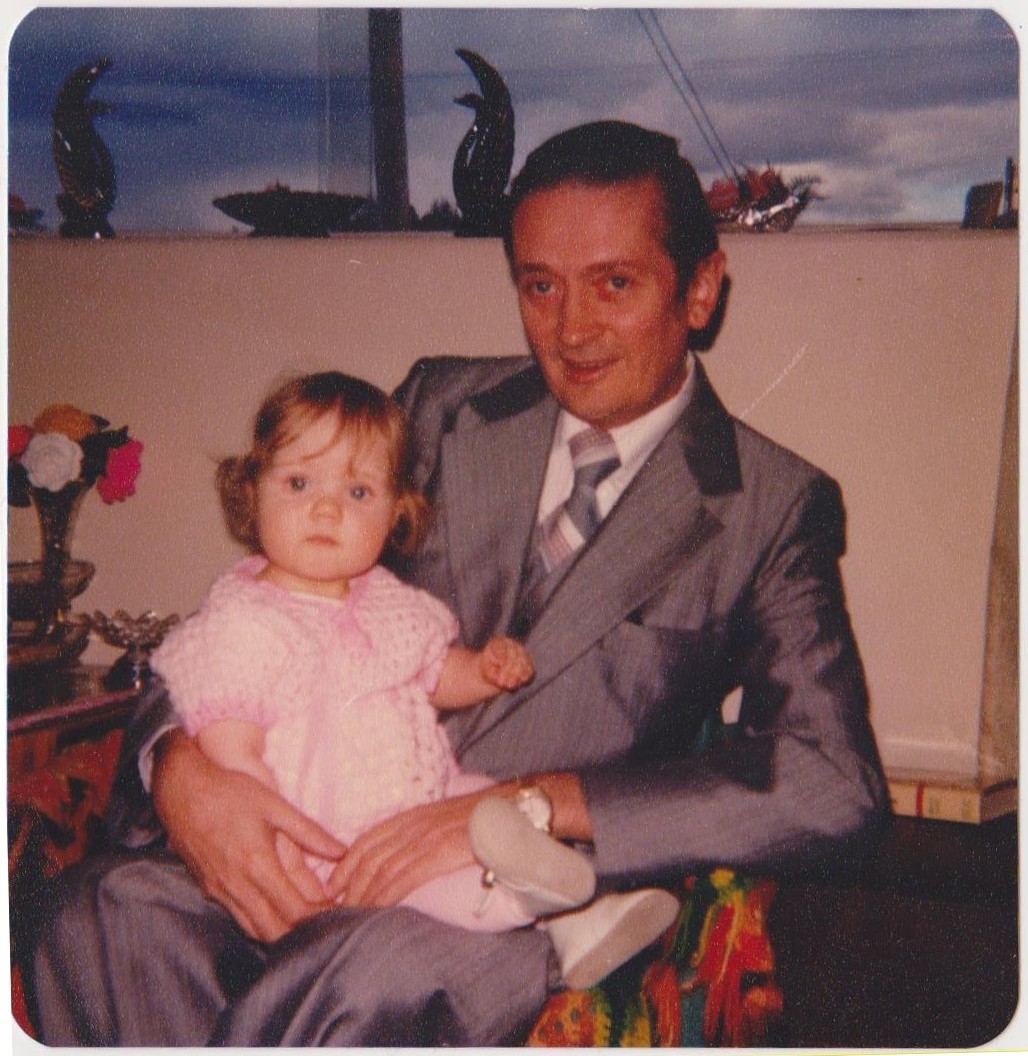 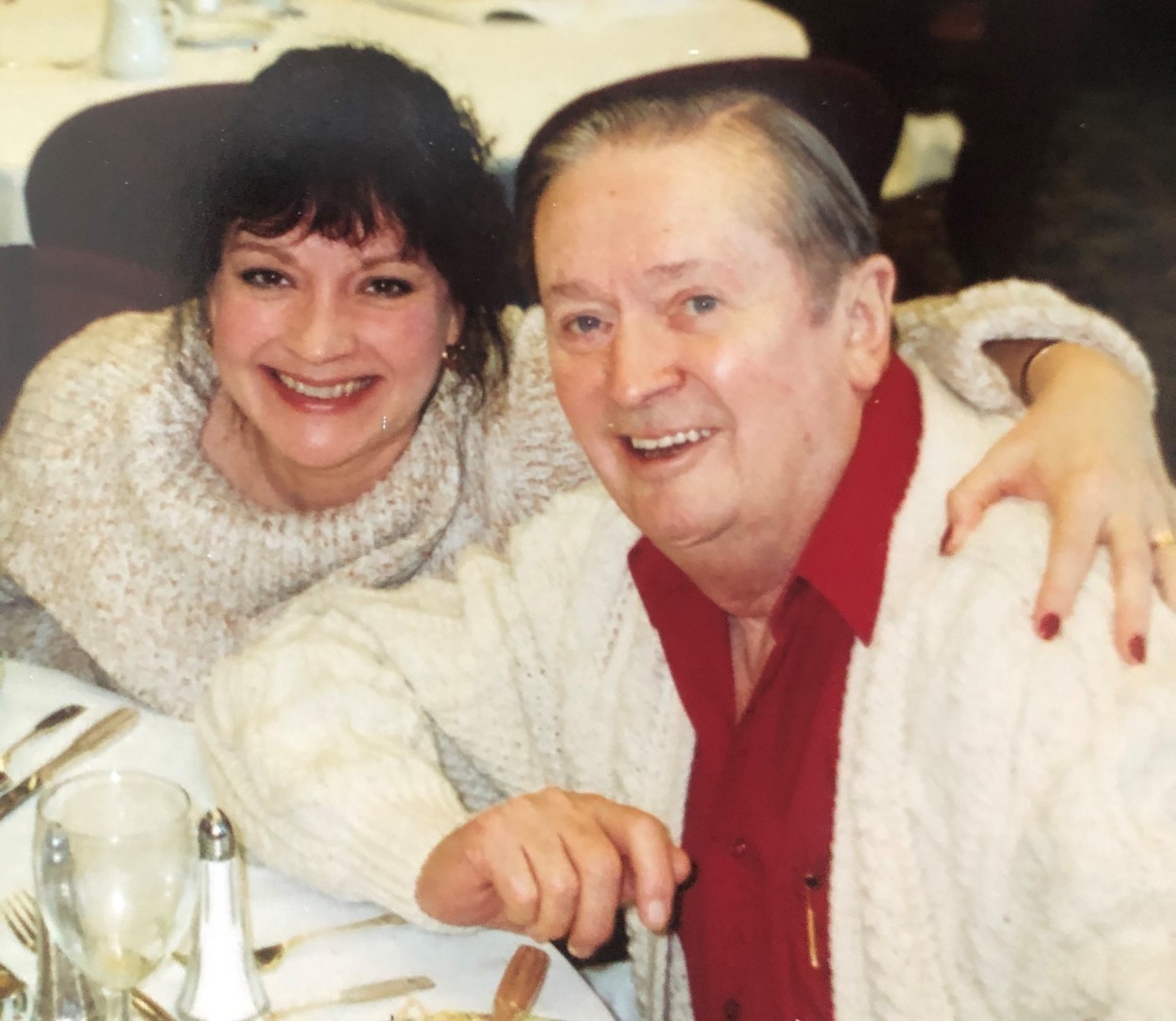 Rest in peace Bob. You have earned it. You are a true entrepreneur and one who enjoyed life and friends to the fullest. I was pleased to read the complete story of your successful life as told by your daughter. You deserve many more accolades as you not only created an empire but helped create an entire Canadian delivery industry. Your accomplishments and vision will not soon be forgotten I will always treasure our friendship of some 40 years

I saw Robert's obituary in Winnipeg Free Press today and sadly wondered if it was the Bobby Burgess" I recalled as a little girl. He used to deliver for our Dad Danny Gutkin who was a pharmacist in Winnipeg. I remember my Dad speaking so often of Bobby the young man . In later years my Dad used to have such pride in telling us how Bobby had become so successful as the founder of Northern messenger. I came to this site to see if there was a clue as to whether this was Bobby. ...and I saw that you had included my Father's name in the story of his early days. As a very young girl I remember Bobby ..and he was a part of our Life too. I send condolences from my brother Calvin and myself to all of you ...may your Good Memories sustain you.