Forever in Our Hearts

In the early hours of September 12, 2022, Benjamin Robert Williams completed his journey on earth, at home, surrounded and upheld by a host of loved ones. He spoke of life as a journey, a movement through time and circumstances, heading toward something better, with the destination always up ahead and never here. At 47 and after almost two years with cancer, Ben arrived earlier than he or any of his companions had hoped. Despite this, his journey was full of accomplishments and experiences, but most of all, relationships; many of which stayed with him throughout his life and helped carry him through his final months and days.

On October 27, 1974, Ben was born; a son to Tom and Beth Williams. He was a little brother to Dan, Peter and Stephen and a cousin to Tim. He was a grandson to Jack and Emma Hardie and Kirkby and Elizabeth Williams; a nephew to John, Gael and Bruce. Throughout his childhood in Mississauga, Ben became a cousin again, a singer, a baseball player, a camper, a skier and a friend. In his teenaged years, he became a camp counselor, a rower, a rugby player and a friend to even more. During the summer of 1993 at camp, Ben met Kim and they began what would be almost 30 years together. While studying Psychology at Western University he became a curious and motivated student, writer and researcher. He became a Master of Arts and guitar player at Brock University. In 1999, Ben moved to Victoria, BC and became a PhD. candidate in Clinical Neuropsychology.

On June 9, 2000, Ben became a husband to Kim, a son-in-law to Ken and Judy and a brother to Becky and Sarah. He was a partner for Kim in life and love. They began their leg of the journey together in Victoria while Ben studied. Ben was a diligent graduate student, researcher and friend. He soon got caught up in the beauty of BC and became a hiker, mountain biker and camper. He joined a faith community and became part of a group of fellow believers and questioners, seeking truth about God in the world and sharing life together.

On August 10, 2004, in Victoria, Ben became a dad. Mabel entered his life and his heart was hers. On May 2, 2006 during his internship year in Vancouver, Judah Benjamin made him a father for the second time, a dad of two, a daughter and a son. He quickly became a protector, provider, nurturer and proud cheerleader. He was devoted to Kim, Mabel and Judah throughout his life. Along the way, he became a brother-in-law to Cathy, Lucy, Tania, Jon and Dave and an Uncle sixteen times.

In November 2006, Ben graduated from the University of Victoria with his Doctorate, a PhD in Clinical Psychology. In the year following, he became a practicing Clinical Neuropsychologist and began a career working towards the mental health and well-being of the people he cared for. Ben was a therapist, listener, colleague, mentor and friend. His work grew to include Mindfulness Practice and Ben became a contemplative, a teacher and advocate of the practice in his professional and personal life. In July 2020 Ben’s dream of having his own clinic was realized with the birth of Greenwood Psychology. He became a small business owner in his home community.

The rich community surrounding Ben during the last years of his life were the neighbours surrounding his home on Strathmore in East York, dear friends from Church of the Resurrection, colleagues, fellow parents and even the dog owners he passed each day on walks with his beloved Oliver. Together with the relationships established and nurtured throughout this life, Ben holds a large presence in the world. In his death, it remains to be seen who he will become to us; a beautiful memory that brings a laugh, a small voice reminding us to stay present and not be too hard on ourselves, a bit of permission to be honest with each other, to enjoy the comforts of life and to let loose to a great song. As we carry on this journey, may we look for who he might become to us, around us, in us and in each other.

In lieu of flowers, please consider a contribution to Camp Mini-Yo-We, Church of the Resurrection (Toronto), or to financially support the family: e-transfer to friendsofbenandkim@gmail.com.

For those family and friends who would like to participate in the funeral service but cannot be there in person, they can use the link for our weekly Sunday worship. There are two ways to get there.

First, it can be found here: Funeral Service Link Go to the bullet point that says

"To watch our service online click here Sunday morning at 10:30am."

Or alternatively, they can select the "click here" link above: 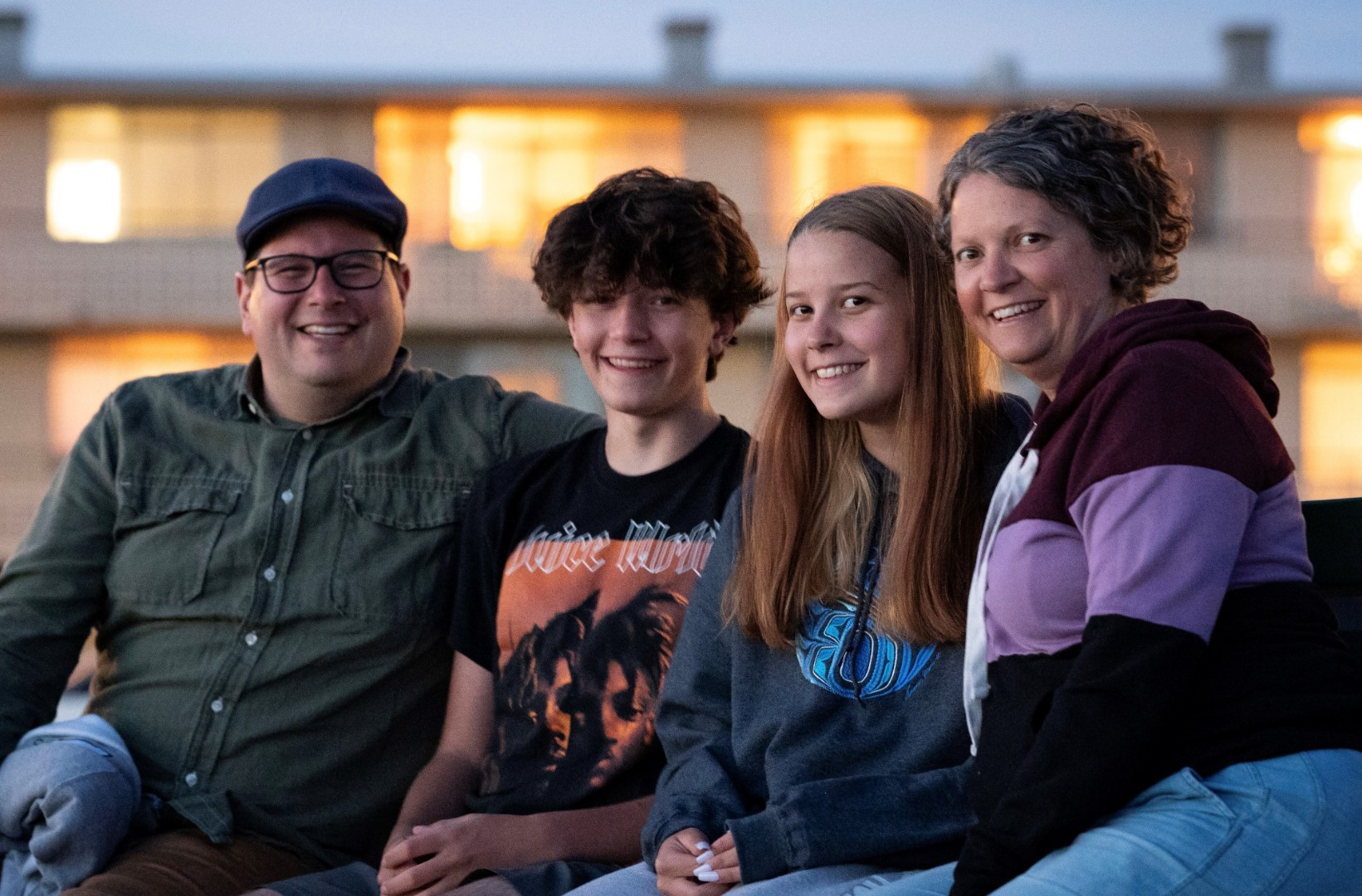 You left us beautiful memories
Your love is still our guide
and though we cannot see you
You are always by our side.

I am absolutely devastated to discover the news of Ben's passing. Ben took me in as a patient when I was at rock bottom and taught me the skills needed to heal myself. I am so sad I am not able to tell him in person that I am doing so well now thanks to his hard work and dedication. He was a kind, gentle and patient soul. I will cherish my fond memories of Ben for a lifetime. My heart goes out to his family and for their loss.

I had the pleasure of working with Ben. He was an inspiration. Funny, sincere and caring. Thanks Ben for all of your support when we worked together. This is such a great loss to so many. My thoughts and prayers are with you and your family. Linda